2019; this was clearly going to be a landmark year for women’s football.

However, even with success as well as the eagerly anticipated 2019 FIFA Women’s World Cup, women’s football seems to yet be in the tip of the iceberg. Still, many remarkable thing had happened in this amazing year…

The first “big thing” that happened, on and off the field, was the raise of outstanding players promoting the sport, followed by increasingly passionate fans leaving world records everywhere they went. This was a year in which, both at stadiums and at home, appetite for watching female footballers showcase their skills reached unprecedented heights.

It was revealed after the Women’s World Cup, for example, that the official broadcast coverage of France 2019 on TV and digital platforms had been watched by 1.12 billion viewers. This set one of the innumerable new records, and the speed and extent of progress were exemplified by an average live match audience of a figure of 17.27 million, more than double the 8.39 million average set at Canada 2015.

Furthermore, the final between the USA and the Netherlands also emerged as the most-watched women’s football match in history, with an average live audience of 82.18 million, up 56% on 2015 final, and a total of 263.62 million unique viewers. 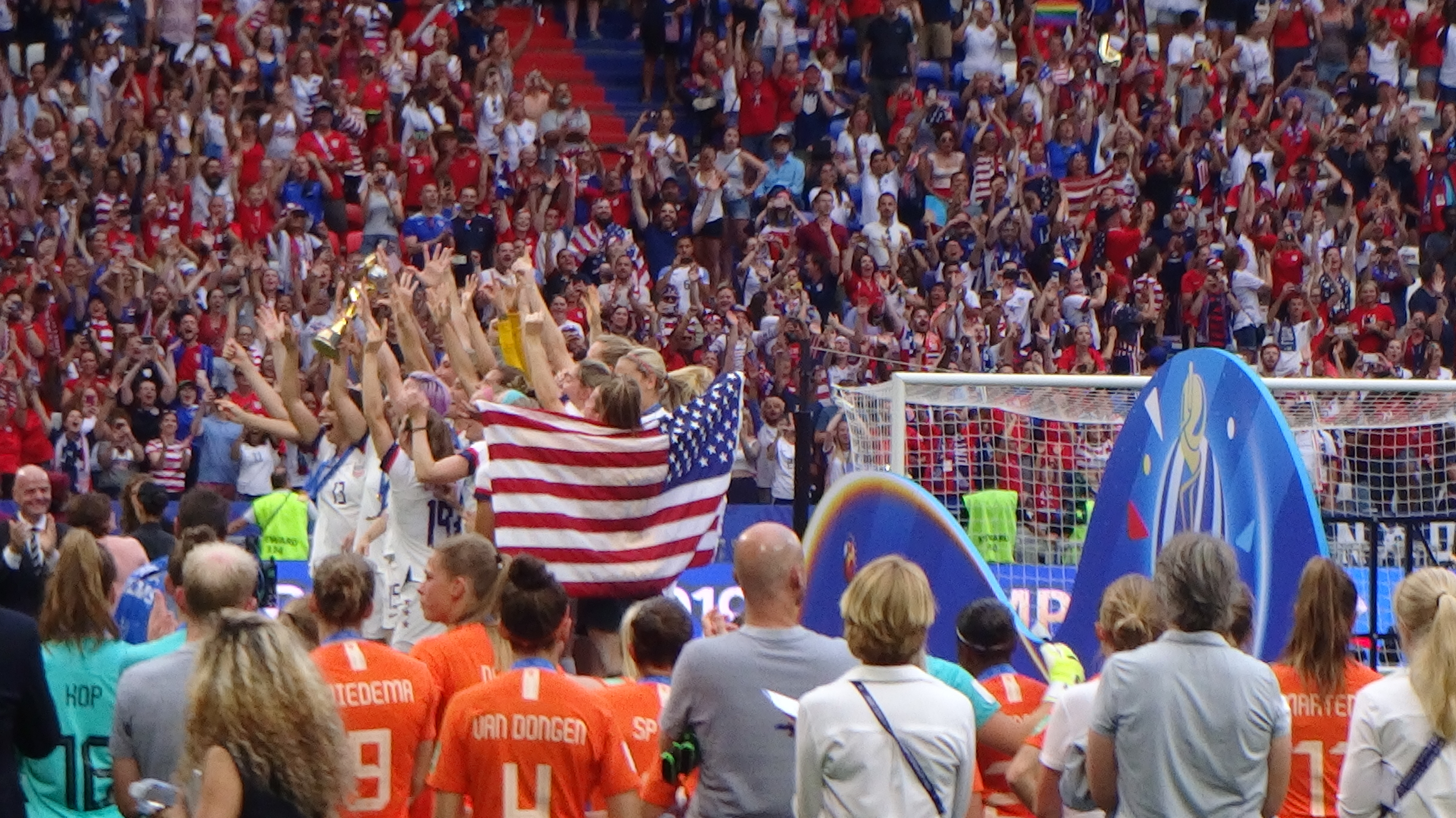 Thanks to those audience records, many men’s big sponsors have put their eye on women’s football, with further growth and development glistening on the horizon. It is those opportunities that now occupy Sarai Bareman, FIFA’s Chief Women’s Football Officer, as she looks to build on a remarkable period of progress.

“2019 has been an incredible year for the women’s game, both on and off the pitch,” Bareman said. “Of course, the FIFA Women’s World Cup in France was the absolute highlight! I look back on the final in Lyon and remember standing in the stadium with tears streaming down my face. I was so emotional at the sheer level of achievement we had made for the women’s game and the positive impact it would have for so many women and girls around the world for years to come.

“The numbers speak for themselves, of course…” “The important thing for FIFA now is to make sure we capitalize on the success of 2019 to boost the growth of the game and investment in it at every level.”

“I am still meeting people on a daily basis who are telling me it’s the first time they watched women’s football, that it was everywhere they looked, and that they are now fans of the game.”

While the World Cup was the spectacular success story everyone hoped for, it was just a stepping stone for what was really coming; a record-breaking women’s football storm. Crowd figures have consistently been growing and growing since the tournament ended.

But it wasn’t only at the international level, clubs also were affected positively by it:

Take Italy, for example, where Juventus took on Fiorentina in front of 39,027 people in March; the previous high-water mark had been just 14,000, or the 60,739 who packed into the Wanda Metropolitano to watch Atletico Madrid take on Barcelona in March, comfortably setting a new continental benchmark.

In England, the Women’s Super League (WSL) record had stood at 5,265 going into the current season and was promptly smashed by the 31,213 crowds that turned out for September’s Manchester Derby, then broken again by the 38,262 who watched Tottenham Hotspur vs Arsenal in October.

Yet, all this credit can only go to one person… I mean, to various actually: Megan Rapinoe, Ada Hegerberg, Lucy Bronze, Sam Kerr, Marta, Vivianne Miedema, etc.

All these achievements must go to all the players out there who have drawn fans to the stadiums and TV screens in such unprecedented numbers.

There have certainly been some fantastic individual feats over 2019, not least by Sam Kerr, who broke her own record for goals in a single NWSL season en route to being named the league’s MVP for a second time. (30 goals in 40 games!? AMAZING!!!).

On the other side, Lyon’s star Ada Hegerberg has been similarly prolific and scored a memorable UEFA Champions League final hat-trick en route to becoming the competition’s all-time leading scorer.

Meanwhile, across the Atlantic, the evergreen Christine Sinclair has moved on to 183 international goals and now needs just one more to equal Abby Wambach’s world record. But if we need to mention 2019’s Player of the Year, clearly, there’s no argument about who it is: Rapinoe, Megan Rapinoe.

Outstanding and hugely influential at the FIFA Women’s World Cup, the USA star picked up both The Best FIFA Women’s Player award and the Ballon d’Or Féminin in the tournament.

Her personality as well as her talent, Rapinoe also took the game into uncharted territory, becoming the first individual women’s footballer to be named Sports Illustrated’s Sportsperson of the Year.

A big year it’s been 2019, which has also had some milestones pointing the way to women’s football future across the globe.

The 2019 FIFA–AFC Pilot Women’s Club Championship, featuring the league champions of Japan, Australia, Korea Republic, and China, was one such example, while progress is also being driven by new initiatives such as the Professional Women’s Football Task Force and FIFA’s Coach Mentorship program.

Moreover, the next Women’s World Cup edition, which will happen in 2023, has already received an unprecedented level of interest from potential hosts. The 2023 showpiece will be the first 32-team Women’s World Cup. In expanding and, hopefully, improving, the global finals can only be seen as reflecting the flourishing female game as a whole.

Apart from that, no one knows for sure what’s going to happen with women’s football in the far future, but because 2019 draws to a close, it’s time to celebrate a year that has witnessed so many amazing achievements in the women’s game… and maybe, the ones to come.