Women’s football continues to grow all around the world, and it seems, now is Asia which has started to join the trend. Or at least, women’s football is appearing more often in their news.

In the final game, the champions defeated Melbourne Victory 5-0 at the Yongin Citizen Sports Park in the Korea Republic on Saturday to lift the AFC Women’s Club Championship 2019 title. Japan international striker Mina Tanaka fired in a hattrick while Sara Ito and Kokona Iwasaki were also on the scoresheet as the Japanese club finished on top.

Surprisingly, this was the first women’s club competition to be held in Asia, with only four teams competing for the title in Yongin, Korea Republic. While they defeated Red Angels 2-0 and Melbourne 5-0, they were held to a 1-1 draw by Chinese Women’s Super League champions Jiangsu Suning. Jiangsu finished 2nd, while Red Angels ended their campaign with three points, and, sadly, W-League champions Melbourne Victory finished bottom with one point.

Clearly, this first tournament showed an increase of interest and popularity in the Orient. “Women’s football has always been an integral area of development for the AFC and the remarkable success of our teams underlines the incredible strides Asia continues to make in women’s football globally,” said AFC President Shaikh Salman bin Ebrahim Al Khalifa about the initiative.

“Competitions are one of the major drivers of development and the Women’s Club Championship reinforces our commitment to further strengthen the foundations for the women’s game in Asia so that it can scale even greater heights.”

The AFC Women’s Club Championship 2019 was financed by the FIFA Confederation Development Fund, which is dedicated to the development of women’s football in all six confederations and an integral part of FIFA’s Women’s Football Strategy.

The feedback so far has been extremely positive: all confederations have shown a great interest in the program and each will deliver a project to foster the women’s game in their region. 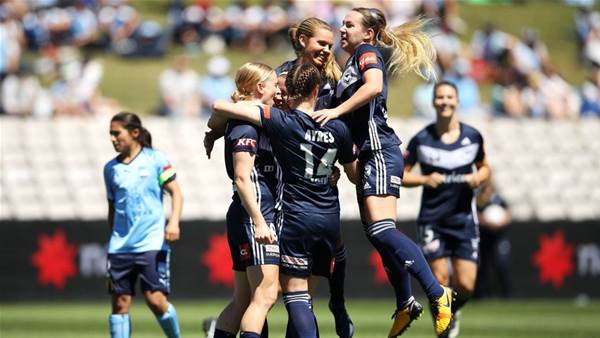 Sara Booth, FIFA’s Head of Women’s Football Competitions, said: “This was a critical milestone for the development of women’s football in the AFC. Providing a women’s club competition where players in the top clubs in the region get the opportunity to compete against each other is fundamental for the growth of the game.”

“…We hope that this will only be the beginning of a thriving continental club championship for women in the AFC.”