After the game finished, Arsenal’s manager Joe Montemurro said: “It was an amazing occasion. We’re very proud to have been a part of it. To have the passion, to have the rivalry, to have the tribalism. It was fantastic.” 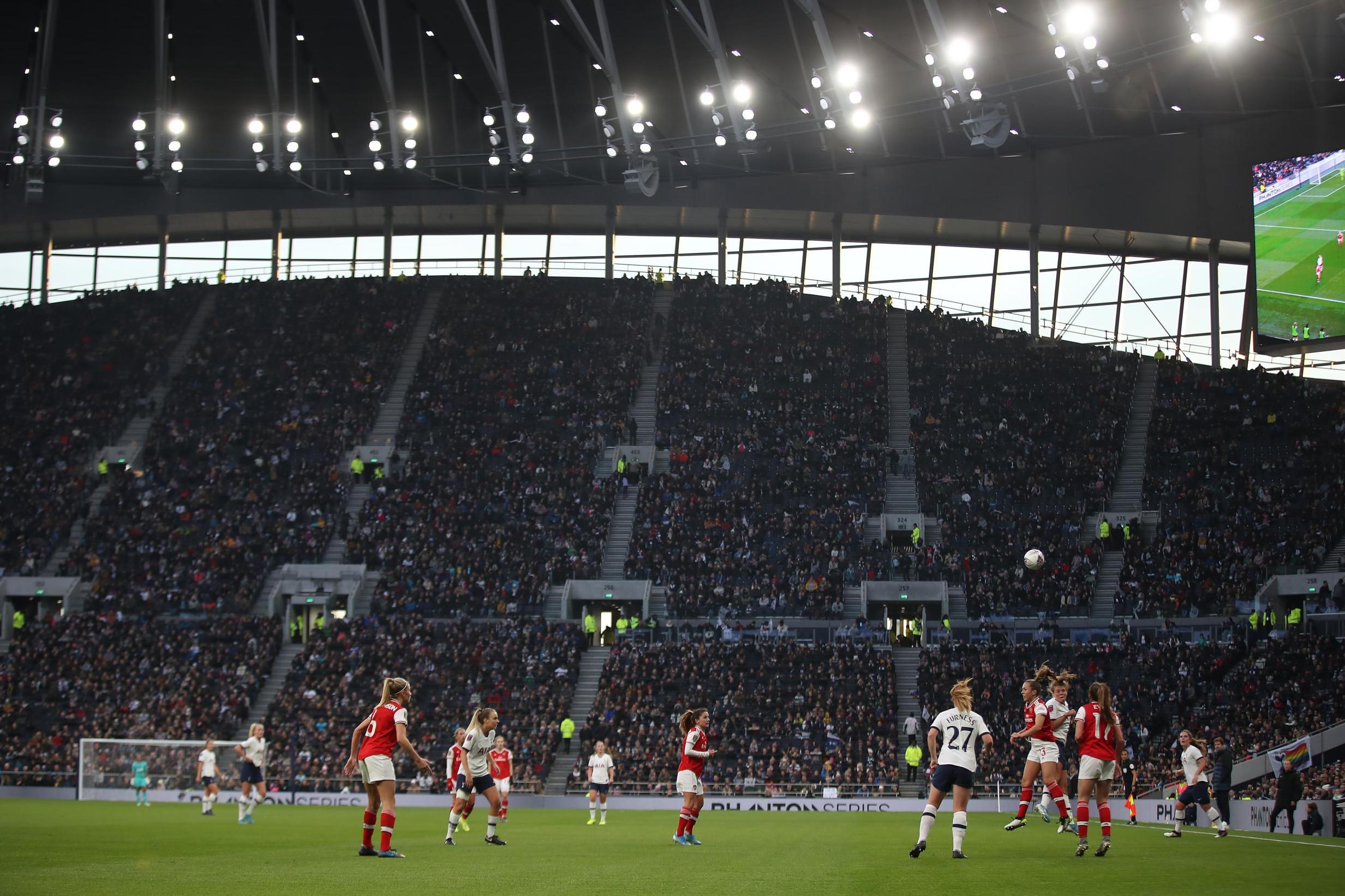 Arsenal faced Tottenham Sunday at Tottenham’s Hotspurs Stadium (the men’s one) for the first time, as their London rivals just arrived at the major competition this season, after clinching promotion from the Championship. The Gunners didn’t have too much struggle and cleanly were able to obtain the win (0-2), continuing in the title race.

Previously, Spurs smashed the previous WSL record attendance of 31,213, set on the opening weekend of the season at the Etihad Stadium. It seems the popularity of the WSL and women’s football keeps increasing to an amazing speed:

The attendance for Women’s Football this weekend has completely beaten the records set on the opening weekend of the WSL, with a total of 74,247. Last season, only 107,000 attended 110 WSL fixtures in total. Moreover, Chelsea also secured another record for a WSL game this weekend at a women’s home ground with 4,790 at Kingsmeadow, after winning 1-0 over Manchester United.

But apart from breaking attendance records, the last time both north London teams met competitively, Arsenal beat their rivals with a big 10-0, in order to reach the FA Cup quarter-finals in 2017. Obviously, Spurs were looking for revenge (and the 3 points, of course). 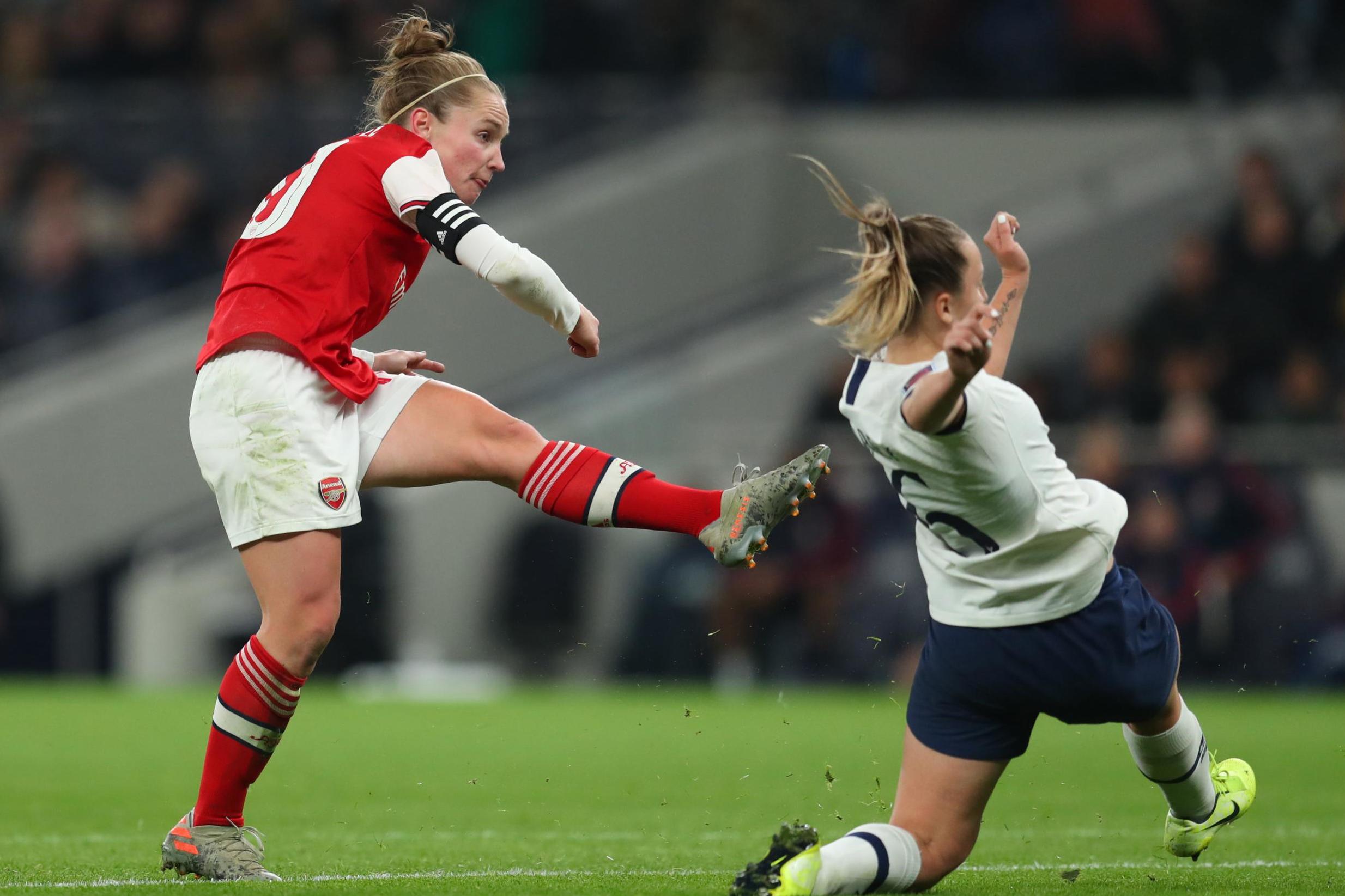 In the first half, newcomers Spurs were the clear dominant team. Rachel Furness and captain, Josie Green, were the heartbeat of the Spurs attack. On one of the closest occasions, Green sent a pass into the run of Kit Graham but Arsenal and England’s center-back Leah Williamson slid in to push the ball back to Manuela Zinsberger.

There was also a minute later when Graham spun past Jen Beattie and was away, but, unfortunately, Zinsberger read the run well and came out to cover and save Arsenal from the goal that could have changed the match… Maybe?

But Arsenal is Arsenal, and, undoubtedly, they weren’t going to take long to change the whole situation around. In the second half,  the 2018/19 WSL champions began to stretch their rivals. Daniëlle van de Donk, who scored a hat-trick in the 10-0 two years ago, was at her battling best.

With 67 minutes already played, the Gunners finally found the breakthrough: A ball aimed at Miedema was knocked down to the edge of the box by a jumping Anna Filbey, and then, Kim Little just switched on to her left and lashed low into the corner in front of 3,000 visiting fans (the rest were Spurs).

In the end, Arsenal’s 2nd and final goal of the match came in the 82′, when Filbey’s stray back-pass put Miedema clean through. The Dutch forward coolly rounded Spencer and with ease, she fired into the empty net.

And that was it! Arsenal obtained the win… But Spurs obtain the WSL attendance record. Clearly, a win-win for women’s football in the UK and all over the world.