No one was expecting this one but…

Surprise, surprise! Sam Kerr, one of the best strikers in the world, has joined Women’s Super League leaders Chelsea during the international break, happening this week.

Kerr, 26, has signed a two-and-a-half-year deal, and she’ll be available for The Blues in the second half of the season from January.

The Australian star is clearly going to become a reference at Meadow Park ver soon: She has dominated the Australian W-League, which she featured in from October-April with Perth Glory as well as the National Women’s Soccer League in the US, where she played for Chicago Red Stars from April-September.

Her 70 goals in the W-League are an all-time record and she has finished as top scorer for two successive seasons. But that’s not all: Kerr also tops the all-time charts in the NWSL with 69 goals and picked up the Golden Boot for 3 years in a row.

On the international panorama, she’s also a complete goal-scoring monster:

With 38 goals in 83 appearances, Kerr sits joint-third in the all-time standings for Australia. The only player still active with more goals is Australia co-captain Lisa de Vanna (47) who, currently, plays for Fiorentina.

When Kerr was surprisingly shown in London, she said: “The WSL is the best league in Europe. I want team success and I don’t want it to come easy.

“I feel Chelsea has been building something special over the years and I want to be a part of that – I want to lift some trophies.”

Undoubtedly, a player of her caliber wasn’t an easy treat to get, as the Australian had previously caught the attention from a big number of top European clubs, including six-time Champions League winners Lyon, Bayern Munich, and even the new Real Madrid’s women team.

Kerr could have earned more money in any of those teams, however, the opportunity to work with Hayes and live in London, where she has family connections, were among the reasons she opted to sign for Chelsea. It was also the right moment to end the great cycle she had in the NWSL and W-League respectively.

“Sam has proved time and time again in the NWSL that she is a prolific goalscorer,” Hayes added during the Australian’s presentation. “She’s won the golden boot many times and she’s a player that can make things happen, but she’s also a fantastic team player.

“She saw this as the best place for her to grow and take the next step in her career. That’s a wonderful compliment to us all.” 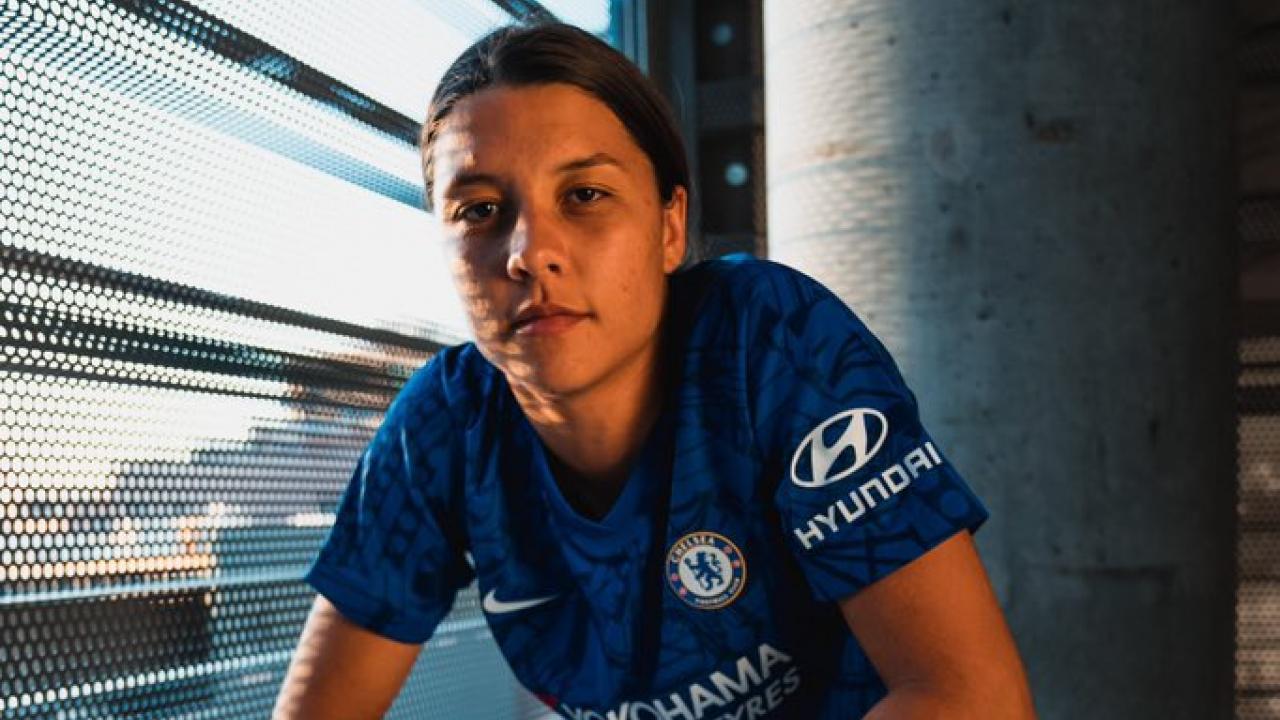 A curious fact is that Kerr becomes the 9th player from Australia to play in England, following the likes of Emily Gielnik (Liverpool), Tanya Oxtoby (Doncaster Belles) and Caitlin Friend (Notts County).

It’s true that she won’t be joining The Blues immediately, but, clearly, her addition to Hayes’ squad is going to create a lot of expectation, with fans from Australia, USA, and all over waiting to see what Kerr has hidden for the WSL.