Women’s football has grown and become an important part of what sports equality is today. Finally, women players can enjoy and be enjoyed by many fans who weren’t realizing the potential and greatness the women’s game had to offer. It’s true that it still in development and that can be seen in the big efforts many countries are doing to make women’s football more popular and to adapt to the new times of change.

In Europe, we are seeing this change through the high attendance records teams like Juventus, Lyon or even Atletico de Madrid are beating in their respective leagues. But more important changes are happening in countries where the men’s football used to dominate the panorama of sports. Especially, in South America, where women’s football didn’t have as much presence as in Europe in the last years. But, that has changed.

Recently, Francisco Egas, president of the Ecuadorian Football Federation (FEF), confirmed that Ecuador will host the Copa Libertadores of women’s soccer. The first one in all history; a big step for equality in this beloved sport.

The president of the FEF confirmed this yesterday, the night of Tuesday, April 23rd, 2019, during the presentation program of the new SuperLiga that will begin on April 27.

“We were indebted to the women’s soccer of the sport we love and that’s why we decided to create it,” he said. 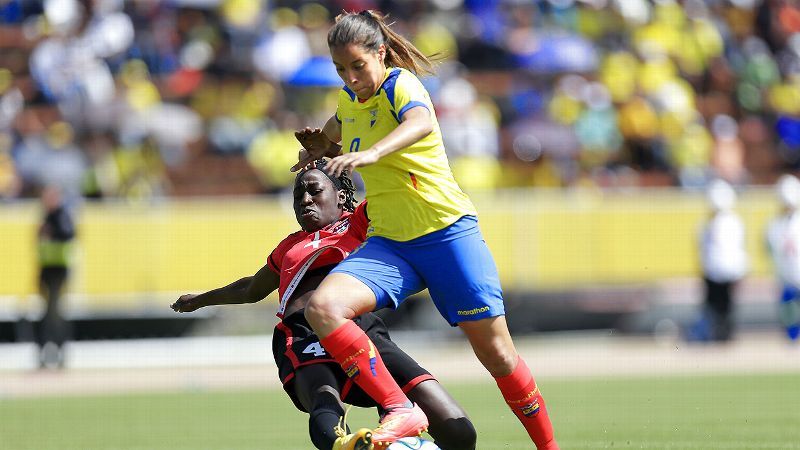 This new Women’s Copa Libertadores will have the participation of the champions of the 10 countries of South America and will finally take place in October this year.

Is not yet decided which city will host the tournament as it will depend on the obligations to be fulfilled, according to the regulations of the South American Confederation of Soccer. As for the Women’s SuperLiga, the tournament will have the presence of 22 women football clubs.

For the first phase, two groups were established, depending on the geographical area to lower preserves. The FEF also presented the logo and the official ball. Egas reported that the sale of television rights has not yet been completed, but that there is an offer from a national channel that is interested in broadcasting these games.

The tournament already has the backing of three commercial firms, but in the next few days, there will be a special program organized by the main sponsor of the SuperLiga that will be played between April and September. The other novelty has to do with arbitration.

The refereeing quartets will be made up of women. In the country, there are 150 professionals, a sufficient number to manage the 10 games each weekend. For the moment, the teams have been divided into two groups:

It’s good to see that great advancements are occurring all over the world referring to the women’s game, especially with the Women’s World Cup in France so near. Women’s football has come here to stay and so far, it looks that it’s going to be the case.