Even after Sunday’s defeat, Chelsea still dreams of getting into the final of the UEFA Women’s Champions League, especially after midfielder Erin Cuthbert’s away goal in the last 20 minutes of the game. A goal that still gives hopes to the Blues, who look forward next week to give Lyon a surprise at Kingsmeadow Stadium.

The match was a hard test for Chelsea, with Lyon being dominant at all moment, playing at home and showing the world why they’re one of the best in Europe. The Blues suffered from start to end, finally losing in the first-leg of the Champions League semi-final. However, the tie is still very much alive thanks to Erin Cuthbert’s goal in the 72′. 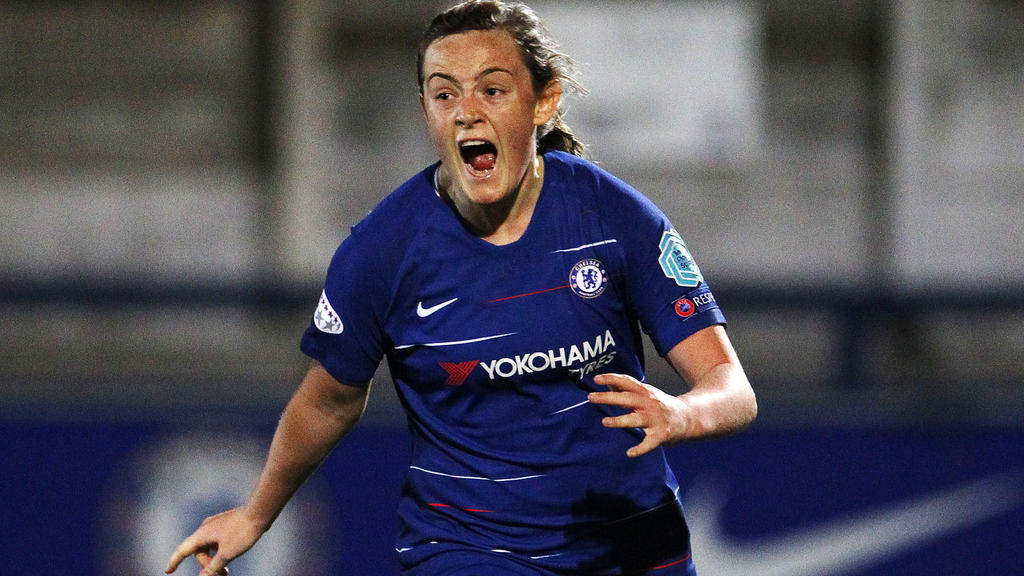 The clash between the two sides was something no one wanted to miss: A crowd of over 20,000 went to see the game (a record for any game in this competition outside of the final). From the start, Chelsea was prepared to show Lyon they were a big deal, as they climbed with hard work in what is the second European semi-final in their history.

The game started without any complication. After a solid start in Lyon, Chelsea went behind on the score, after Lyon’s Delphine Cascarino cross hit Magdalena Eriksson, which scored an own goal in the 28′. Something sad for the Swedish international, who already suffered the same fate, 8 days ago, in the dying seconds of the FA Cup final defeat against Manchester City.

The game still on and it only took 11 minutes for the next goal to come. Unfortunately, not for Chelsea’s side. A goal conceded from a corner and scored by Armandine Henry in the 39′ compounded the misery for the Blues. The nightmare in France was becoming real for the English side.

Even the penalty awarded to the Blues in the last minutes of the first half was saved by Lyon’s goalkeeper Bouhaddi, with Chelsea’s striker Kirby only able to complain. Lyon was completely dominating the match, with Chelsea being already 2-0 down at half-time.

Finally, during the second half, Erin Cuthbert appeared to save Chelsea from its French nightmare. After a beautiful display, she scored the 2-1 of the match, just under 20 minutes to play to leave the tie finely balanced, and register what might prove to be a vital away goal for the Blues.

Hayes’ decision to bring on Beth England for Kirby in the second half was the right one, as the new striker was involved in Chelsea’s goal on 72 minutes. Ji chipped a ball forward, England headed it back down and Cuthbert from the edge of the area found the bottom corner with a bouncing shot.

The match ended with a 2-1 result, but just before the end, Beth England had a couple of occasions to score. Lyon must be prepared for what might come in Kingsmeadow and don’t think the semifinals are already decided. The second leg will be at Kingsmeadow, which is also the last home game of the season for Chelsea, next Sunday 28 April.