There’s not so many things going out right now in the world of women’s football, especially when everyone is (and should be) at home, while our professionals are dealing with the Covid-19 pandemic, and trying to find a cure to save us all. Yet, something new and impacting has been deciding in the world of the women’s game in Spain:

Women’s Primera Division, also known as La Liga Iberdrola, 2019/20 season has been cancelled due to Coronavirus, and the RFEF (Royal Spanish Football Federation) has decided that the winners of the competition shouldn’t be other than Catalan champions FC Barcelona, especially after having a 9-point advantage over 2nd place Atlético Madrid (59 points). 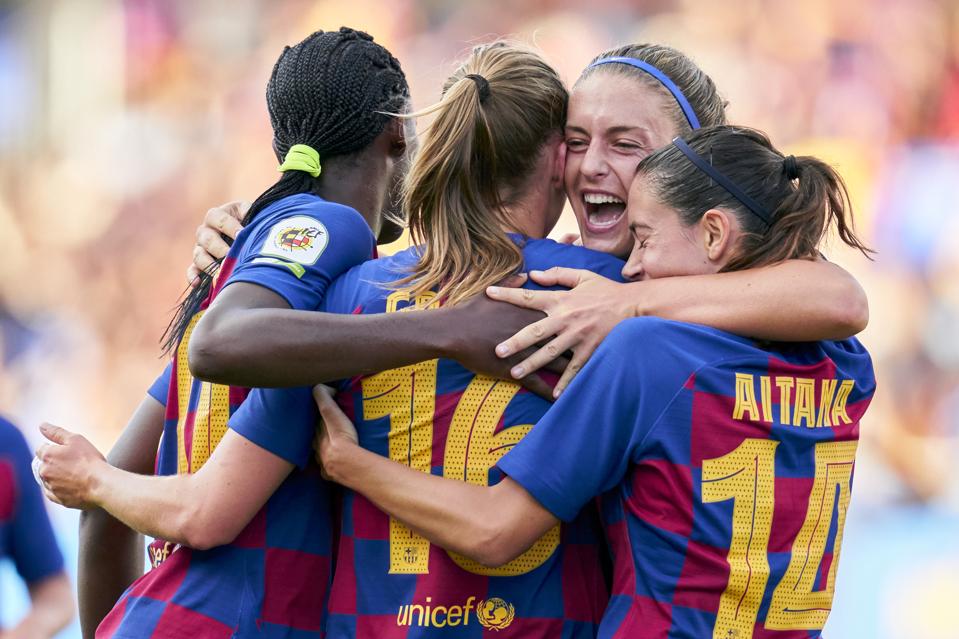 Still, everything else in the league has remained as it is and Atlético has received the second European place, in order to compete next season in the Champions League, when all this pandemic is over.

Well, the situation becomes quite peculiar at the bottom of the table however, as no team will be relegated. That means that Espanyol will be the first team in history to stay up, despite not having won a single game all season, 5 draws and 16 defeats.

“Perhaps we are lucky to have benefited from this, but that’s not the most important thing, said former Espanyol player Anair Lomba to El Mundo, “We have a virus that’s killing people and that must be stopped.”

So, since there were no relegation, the RFEF has also come to the conclusion that it would be more fair that La Liga Iberdrola should be played with 18 teams, with Eibar and Santa Teresa being promoted from Segunda Division into the top tier next 2020/21 season.

Overall, it seems that the solution taken by the Spanish Federation has make everyone happy; the clubs have been awarded by their results, and all times, the security of the players has been taken into account. Now, we’ll must wait and see what this promising and exciting ‘18-teams’ new season will offer us as soon as the pandemic is over.