It was inevitable, but it happened…

While the biggest federations and organisations in the world of football figure out how to re-commence with men’s national football top leagues post-Coronavirus, FIFA’s international calendar has seen major changes over the past month or so, with more undoubtedly on the way. So, it’s not a surprise if the women’s game is the one being more affected by the pandemic.

For example, the 2020 FIFA U-17 Women’s World Cup in India and the U-20 in Costa Rica/Panama will not take place this year. In addition, the 2020 Olympics are now scheduled for Summer 2021 in Japan and the Women’s European Championship, originally set for 2021 as it is held every 4 years between the Women’ World Cup cycle, will bump forward to July 2022 (to make some space for Men’s EURO in 2021), and will still be hosted by England.

Therefore, are these decisions right for the women’s game? For the players? Or is it just that the men’s game is too much of “a big priority” for football economy? 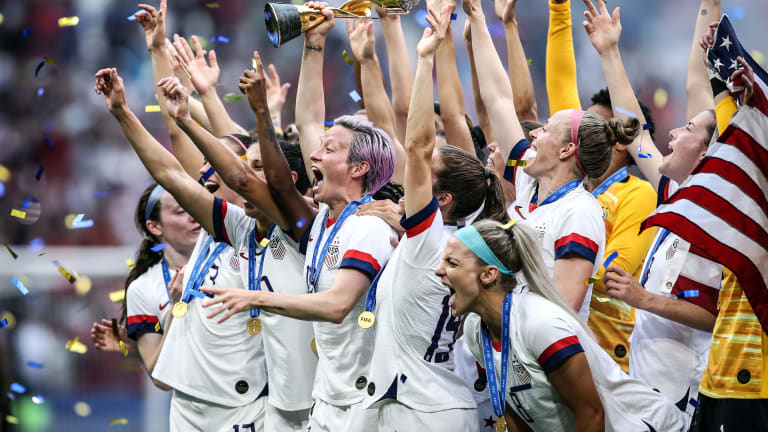 Recently, UEFA president Aleksander Čeferin said that the confederation, “considered all options” and the move to 2022 is about, “ensuring that our flagship women’s competition will be the only major football tournament of the summer, providing it with the spotlight it deserves.

On contrast, UEFA’s chief of women’s football and former Germany international Nadine Kessler said, “This decision puts us in a position to deliver a tournament that attracts global attention, maximises media coverage and increases stadium attendances, and is therefore helping us to meet our core objective of inspiring the next generation of footballers.

“2022 also allows for further promotion and partner activation, which would have been much more difficult in what is now a crowded summer in 2021. It is a clear sign of commitment to our dedicated partners who have joined us since we decided to separate the sponsorship of women’s football from men’s football,” she concluded.

So, it seems the decision of moving women’s football international competitions forward is the appropriate, as long as they’re capable (and a Nadine Kessler said) “to deliver a  tournament that attracts global attention”, just like 2019’s Women World Cup did back then in France.

Still, the only problem someone could see with the Women’s EURO taking place in 2022 is that it will now be held during a men’s World Cup year, 2022 in Qatar, though that event is scheduled for November and December due to the extreme heat conditions there in the summer, unless that is ultimately shifted down the line as well.

Anyway, FIFA might be too busy for that, as they’re also re-organising tournaments such as Copa America (men’s) in South America [CONMEBOL Federation], held every 2 years, which has been postponed a year until 2021, and that will be held for the first time in two countries: Colombia and Argentina. Finally, the expanded FIFA World Club Cup (men’s) with 24 teams was due to be held in 2021 but it will be also rescheduled.

So, at this rate (and with such uncertainty), will the next Women’s World Cup be held in the summer of 2023 or will it have to be delayed, due to a long recovery period worldwide from the pandemic? Only time will tell what might happen…