After a long wait… It has finally happened!

Women footballers, who went on strike last October, have achieved after a negotiation that has lasted more than a year, the signing of a collective agreement for the Women’s Soccer League in Spain.

As I have been reporting in some of my posts, Spanish footballers went on strike since last October and started claiming a minimum salary of 12,000 euros per year and the signing of a collective agreement for the Women’s Football League.

The resolution of the strike began to take place at the beginning of December and was set on the 20th of that same month; the deadline to reach a definitive agreement. However, it was not until Wednesday, February 19th, when the document was finally signed, a historical text that became the first collective agreement of Spain’s Women League, also known as La Liga Iberdrola.

The players’ union have come a long and hard way of negotiations: 14 months with 26 days of negotiation, 29 meetings and the historic indefinite strike that has been mentioned, which completely paralyzed the competition in mid of the month of November.

But, finally, the footballers have managed to sign the first labor agreement of European women’s football with these characteristics. The document has a validity of one year and retroactive from the beginning of the current season 2019/20, which began on July 1st last year. 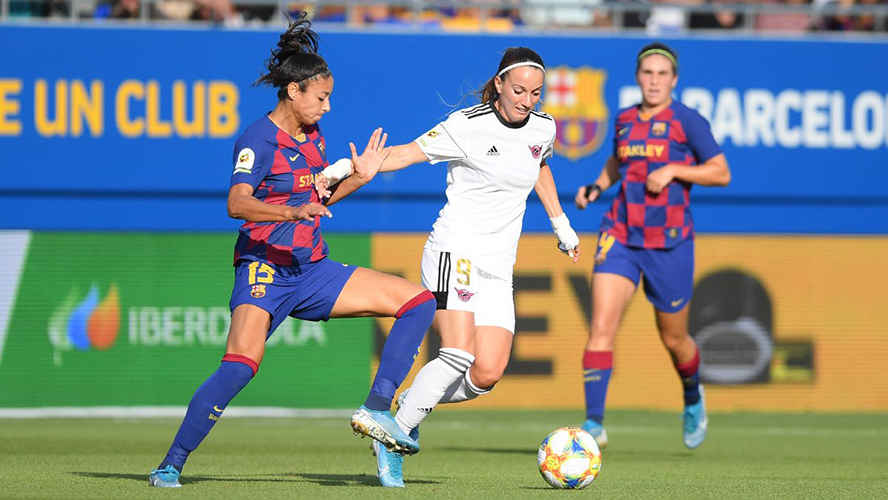 Although the workers’ association and the Futbolistas ON’s union did attend the event held last Wednesday at the Higher Sports Council (CSD), the Spanish Footballers Association (AFE), the majority union, did miss the event held in the Congress of Deputies.

However, Irene Lozano, president of the CSD, took controversy from this fact:

“We have invited everyone, this is the house of sport, I don’t know what exactly happened, (but) it doesn’t have the greatest relevance.” On the other side, Tamara Ramos, manager of the Futbolistas ON’s union, said that if this agreement has been reached, it has been “thanks to the strike”.

But what does exactly the agreement involve?

This is the first agreement that sets working conditions for footballers and sets a minimum salary of 16,000 euros per year for players who work full-time and 12,000 euros for those who play part-time.

The rule, which applies to all players of the 16 teams that play first, requires that for a subsidiary player to apply the agreement, it must be called to 12 games and play at least 10. In terms of motherhood, the document specifies that if one of the players becomes pregnant in her last year of the contract, she may renew for at least one more season with the same conditions. 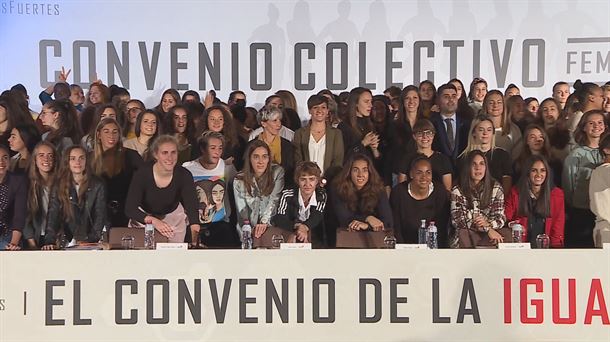 After the pre-agreement reached on December 20, all involved parties agreed that the document would be signed a month later, on January 20th. At this time, they wanted to reach an agreement on how to finance the agreement, as clubs previously warned that they did not have the funds to do so.

It was agreed that, in the end, the 12 teams that had a television contract with Mediapro would assign their rights to the Spanish Football Federation, a proposal whereby the institution offered twice the promised money. However, this plan was never fulfilled because of the toughness of the negotiations and the players, as a protest, they stood on the grass during the first 30 seconds of the 8 games of the Copa de la Reina. Given that it was possible for the players to resume the strike, Mediapro offered 100,000 euros more for the current course and the next two.

Undoubtedly, with this historic achievement, great things may come in the future of Spain’s women football, and women’s football around the globe in general. Only time and patience will tell if they happen.