What a match! Manchester United were eliminated from the Women’s FA Cup after an intense 3-2 home defeat to rivals Manchester City on Saturday.

And who was the MVP of the game? Manchester City’s Ellen White. 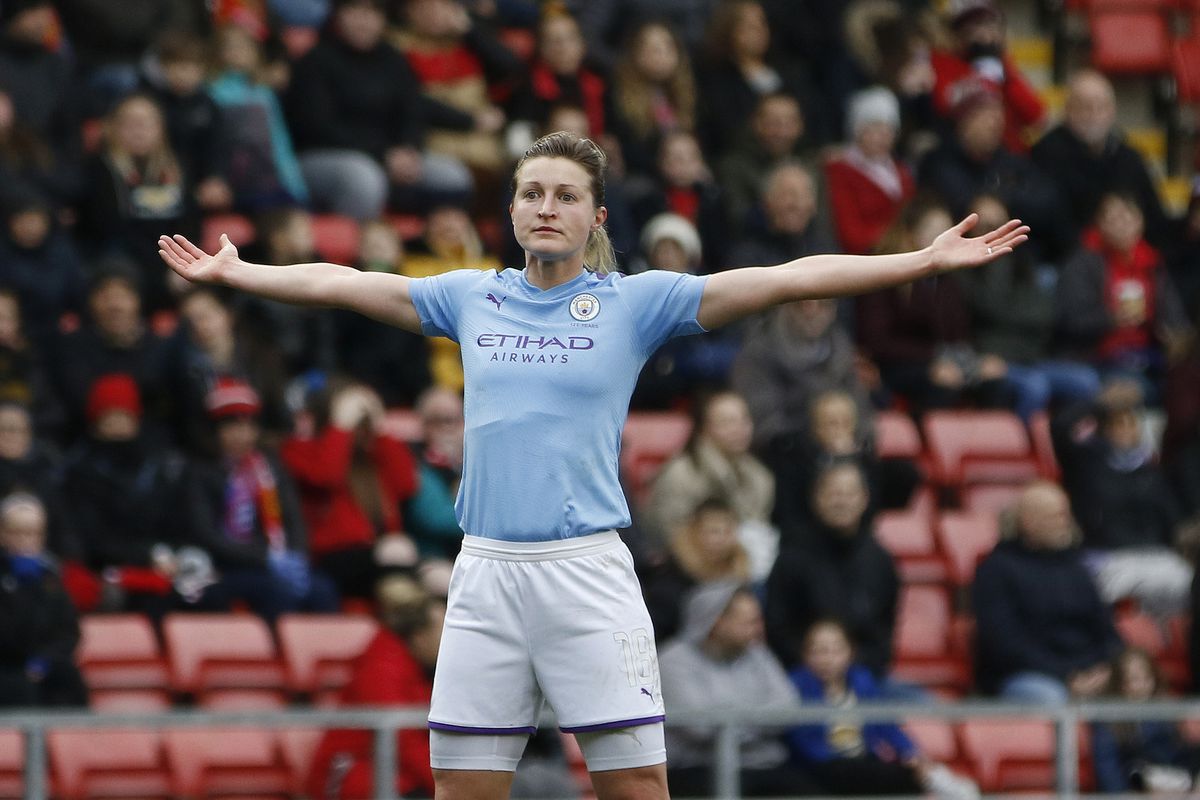 The British striker put the visitors on the lead in the first half and completed her brace in the second period.

The truth is that Manchester City started with more emphasis on the match, and they clearly proved it as the only real chance of note in the first 20 minutes came via White, who fastened on to a pass from Tessa Wullaert and forced a smart save from keeper Mary Earps. Thirteen minutes later, on the 30′, the prolific White appeared once again, and finally, opened the scoring.

The forward pressed Abbie McManus into under-hitting her pass back to Earps, and this time, White nipped in and chipped the ball over her England colleague to the delight of the away support behind the goal. 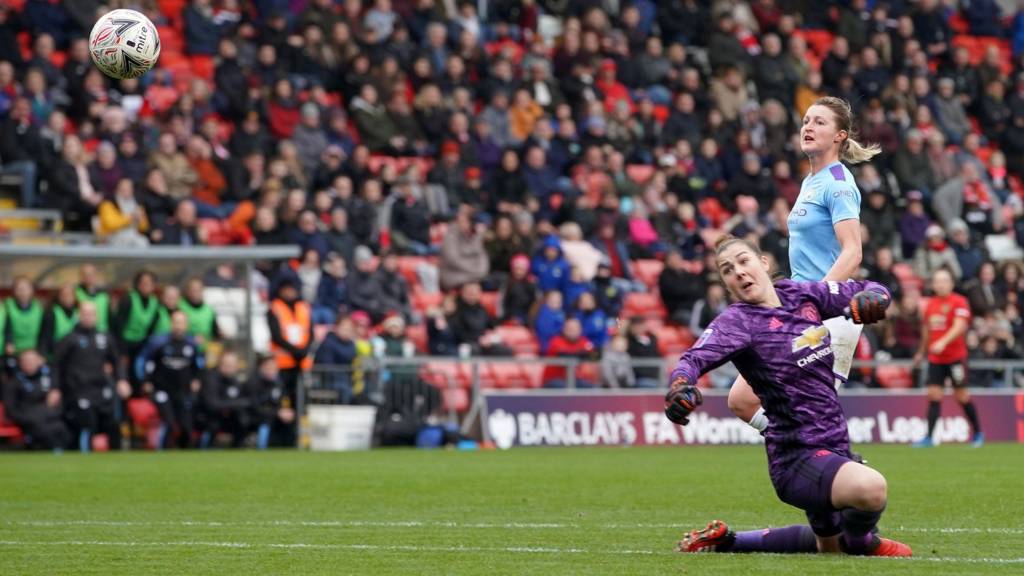 After that, the first half was very chaotic, with occasions but no finish or punishment from both teams. It seemed like they were keeping all the fun activities for the end.

The second period began with at an electric pace, as Manchester United’s Hanson and Groenen came close with powerful efforts, but City also contributed to the frenetic first 10 minutes of the half, with Wullaert blazing a shot over the crossbar from inside the box.

And that’s when White appeared (once again): The City number 18 dropped a shoulder and anticipated the cross from Lauren Hemp, which was drilled into the box, she then arched her foot and sent the ball straight into the back of the net. 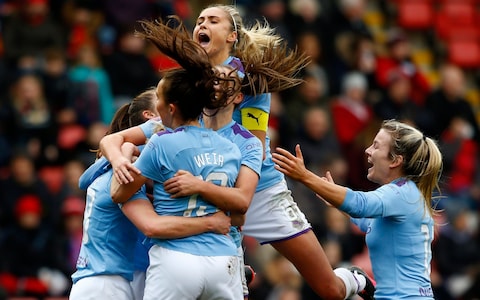 Despite what it seemed like the “finishing blow” for their rivals, Manchester United responded positively. Firstly, Hanson, who was a constant threat down the left-wing, cut inside and fired a shot on goal, which forced Roebuck into a full-length save.

Lauren James was introduced on the hour to inject more attacking impetus and within minutes saw her shot deflected wide for a corner. From the subsequent set-piece, Zelem’s driven cross ended up in the back of the net, but referee Michael Barlow disallowed it after he deemed Hanson had committed a foul on Roebuck.

The Red Devils were now the ones dominating, and found the back of the net in the 69th minute. Key substitute Lauren James inevitably provided the moment of magic after she collected the ball from McManus’s excellent pass into the channel. The youngster cut inside onto her left foot and blasted an effort into the bottom right corner.

Later on, Zelem floated in a cross from a free-kick on the right-wing and it missed everyone in the box and fell to a clearly surprised McManus at the back post. The former City player didn’t make the cleanest of connections and the ball, it appeared, trickled over the line. However, the lineswoman on the near side didn’t raise her flag.

Sadly, City grabbed their 3rd and final goal of the afternoon straight on, after some scrappy build-up play from the visitors, the ball rolled out to Jill Scott, who simply tapped the ball in. United still tried to boss proceedings and again came to within one goal of their rivals in the 88th minute, but not enough to produce a comeback.

In the end, it was City who won in deserving style. After the game, Manchester City striker Ellen White told BBC Sport: “The most important thing is that we are in the hat for the next round, we made hard work of it but we are really pleased to be in the hat.

“We knew the second goal would be really important for us so I was delighted to get on the scoresheet again. “It was a tough second half for us but we showed resilience and dug in deep.”

Undoubtedly, the final own goal stirred the ever-vocal home support even more for a possible dream comeback, yet, Man City held firm and came away with a huge win in what’s just the 3rd-ever women’s Manchester derby.