On Sunday, Arsenal extended their lead at the top of the FA Women’s Super League going into the three-week winter break, after Dutch striker Vivianne Miedema’s double inspire the Gunners’ to a convincing 3-1 win away at Haig Avenue against Everton. 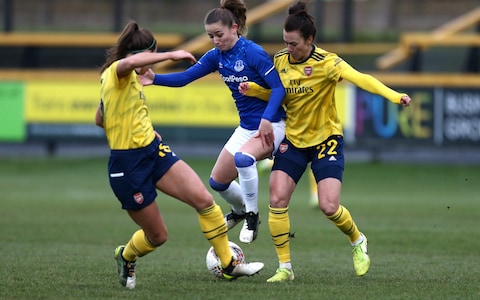 With Arsenal manager Joe Montemurro absent after flying home to Australia earlier this week for personal reasons, coaching duo Aaron D’Antino and Leanne Hall watched their side take the lead inside 15 minutes through the usual suspect.

The game was dominated by the Gunners from start to finish, even if the Toffees had a goal in the last minutes of the match. Rising high above the Everton defense, Miedema, who didn’t play in the 9-0 win over London Bees in the Continental Cup in midweek, headed captain Kim Little’s cross past Toffees’ goalie Korpela, and into the top corner for the first goal (1-0, 14th minute).

Unfortunately, Arsenal win got overshadowed by an early injury, where Arsenal’s forward Beth Mead was stretchered off late in the first half after finding herself on the receiving end of a crunching late tackle from Everton defender Gabby George. The English striker was forced to make an early exit.

Yet, the game wasn’t over and Arsenal had plenty of goals to dedicate to her injured teammate (At least two do).

The first half was really flat, especially after that early foul, however, Arsenal got back to their usual playing rhythm in the second half, and Kirk’s Everton wasn’t prepared for it.

Two goals in two minutes all but sealed three points for Arsenal before the hour mark. Kim Little doubled Arsenal’s lead from the spot 55 minutes in, after Chloe Kelly’s needless challenge on the Scottish international, before Miedema, once again, added the 3rd of the match, and goal number 26 (across all competitions) to her tally with a tap in at the back post, which Korpela couldn’t keep out.

Everton kept trying and, finally, after a couple second-half efforts, they were rewarded with a late consolation goal as former Arsenal graduate Chloe Kelly found the back of the net with a sweeping effort. And that’s it…

END OF THE MATCH! 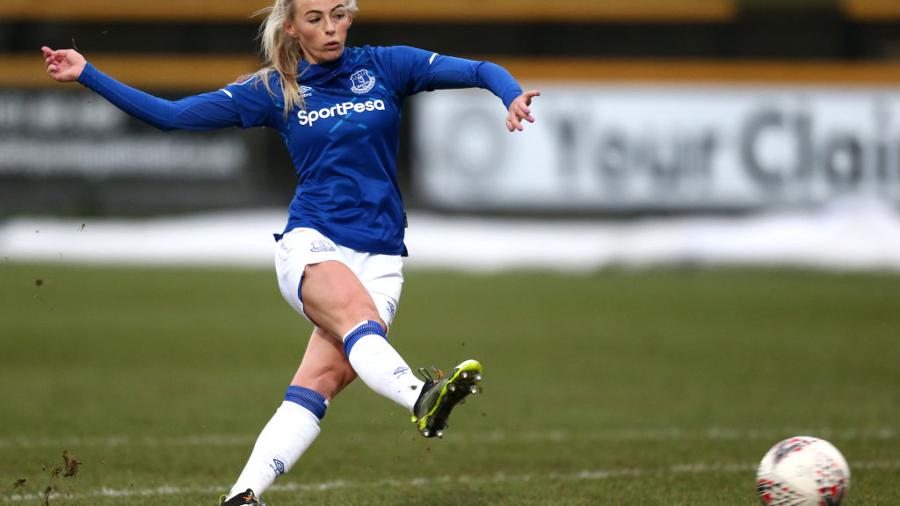 The Toffees, who remain in 5th place after Manchester United’s trip to Birmingham City was one of two FA WSL ties falling victim to waterlogged pitches, took maximum points from their matches across November, subsequently earning Willie Kirk the Manager of the Month award ahead of today’s game. On the other side, Montemurro’s team end 2019 with 9 wins from 10 league outings and edge out title rivals Manchester City (10 games, 24 points) and Chelsea (9 games, 23 points) with 27 points.

Still, a long way to go but… Will Arsenal be able to continue this winning rush and, maybe, lift the WSL title once again this 2019/20 season? We’ll need to wait until next year to find out.