Only two days for one of the most important matches for Chelsea this season, as 4th place Everton could make things difficult for The Blues, who only have a four points difference. Everton boss Willie Kirk believes that The Toffees could actually pull the win against the top of the table leaders.

Everton has a “completely different mindset” in matches against the top Women’s Super League teams this season, said manager Willie Kirk in an interview for BBC Sport, who will be celebrating his first anniversary since taking charge. Everton is in a hot run since the appointment of the Scotsman, as they have already surpassed their 2018-19 points total (12 points), with 5 wins from 7 WSL games this term (15 points).

New boss Kirk has overseen league wins over Birmingham City, Brighton & Hove Albion, Merseyside rivals Liverpool at Anfield and his former club Bristol City. More recently, he added Tottenham to the beaten teams’ list, as they won 3-1 last Sunday, to keep The Toffees within 4 points of the leaders and just 3 points off a UEFA Champions League place. 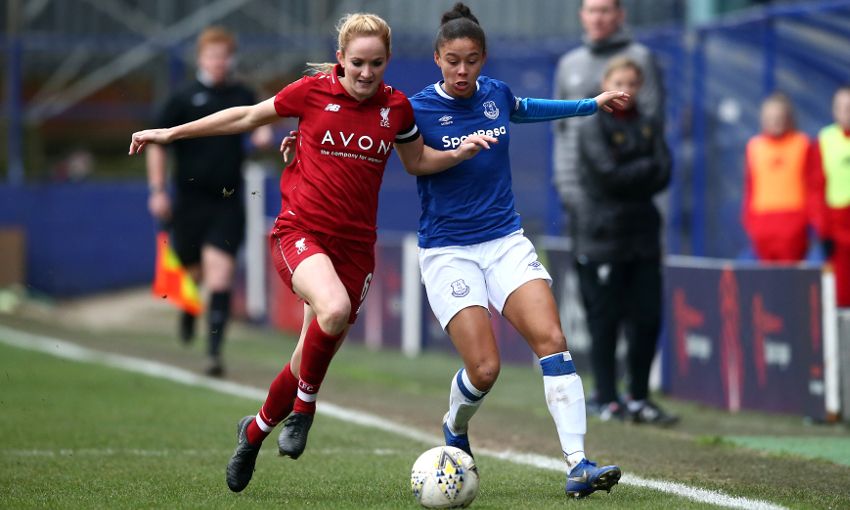 “We were really, really happy with our summer recruitment, and because of that, our training intensity and competition for places has gone through the roof,” Kirk added.

“Nobody in that squad is guaranteed their place anymore, so that’s made a huge difference to the way we work and the competitiveness in training. “Managing to put together five victories has got us in a really strong position in the table. Our mindset will be completely different from last year.”

On the other side, Chelsea continues a perfect run, even better than Everton, as Hayes’ team crushed Birmingham City 6-0, remaining a point clear (19 points) at the top of the Women’s Super League, with rivals City and Arsenal following 2nd and 3rd respectively (both 18 points).

Ji So-Yun’s stunning early free-kick, Millie Bright’s goal, and a brace from both Drew Spence and Bethany England were a marvelous show to watch.

So, after a quick look at both teams’ performances, I believe Kirk’s new Everton could be in a good position to claim the victory on Sunday, especially after the great they had this start of the season. However, if they face an unleashed Chelsea, who have won 6 games and drawn 1 out of their 7 games… Plus the goal difference of 15 goals with The Toffees, it seems it’s going to be tough to keep the 3-points at home soil.

What will happen in the end? Will Chelsea win? Or will maybe Everton give the surprise? Either way, we’ll need to find that out on Sunday.