What a magical night!

It’s been five years since Arsenal last contested a Champions League last-16 game, but this new Arsenal team is clearly unstoppable; just the sight of seeing them still relentlessly passing the ball and driving at the Slavia defense long after the match was already sealed…

In the end, Arsenal moved into the Champions League quarter-finals with a 13-2 win on aggregate. Their 4rth consecutive victory at the moment was sealed with hat-tricks from the “two” players of the match: Daniëlle van de Donk and her teammate/Dutch compatriot, Vivianne Miedema. 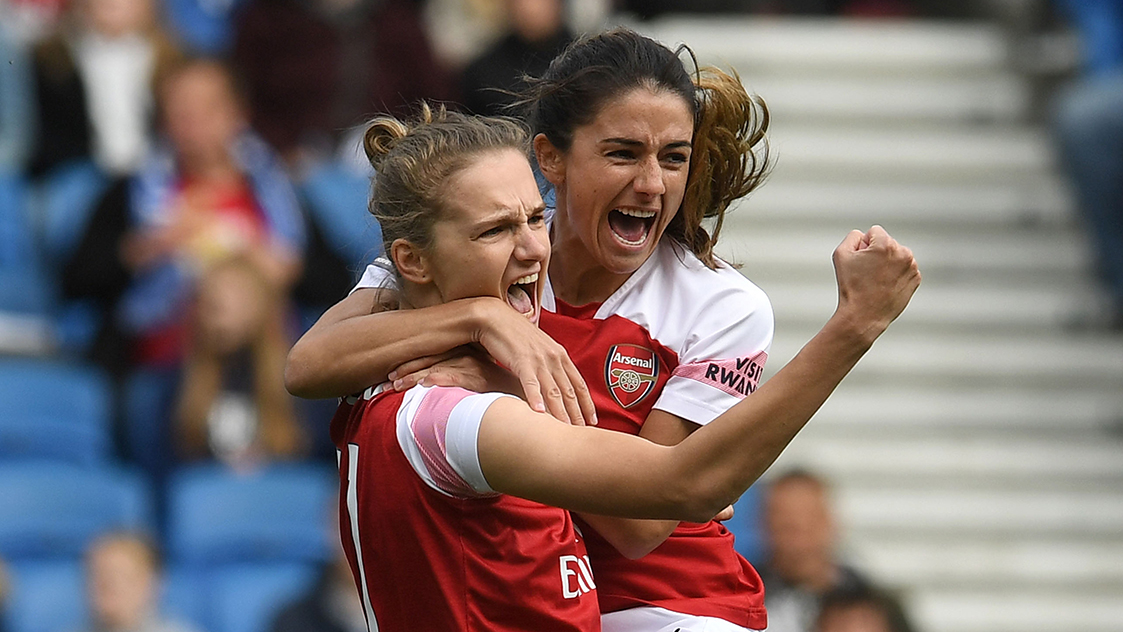 Two weeks ago, Arsenal traveled to Prague on the back of their 2-1 defeat to Chelsea. Their 5-2 victory in the away leg was an exhibition of their resilience. Miedema was merciless, crushing the home side with a hat-trick by the 29th minute and four goals in total. The Netherlands striker was decisive again on Sunday, scoring the only goal in Arsenal’s 1-0 win over Manchester City.

In fact, Arsenal’s title run last season may have been one of their most dominant in history, yet throughout last season the team was ravaged by injuries and were left with no choice but to focus on one competition. 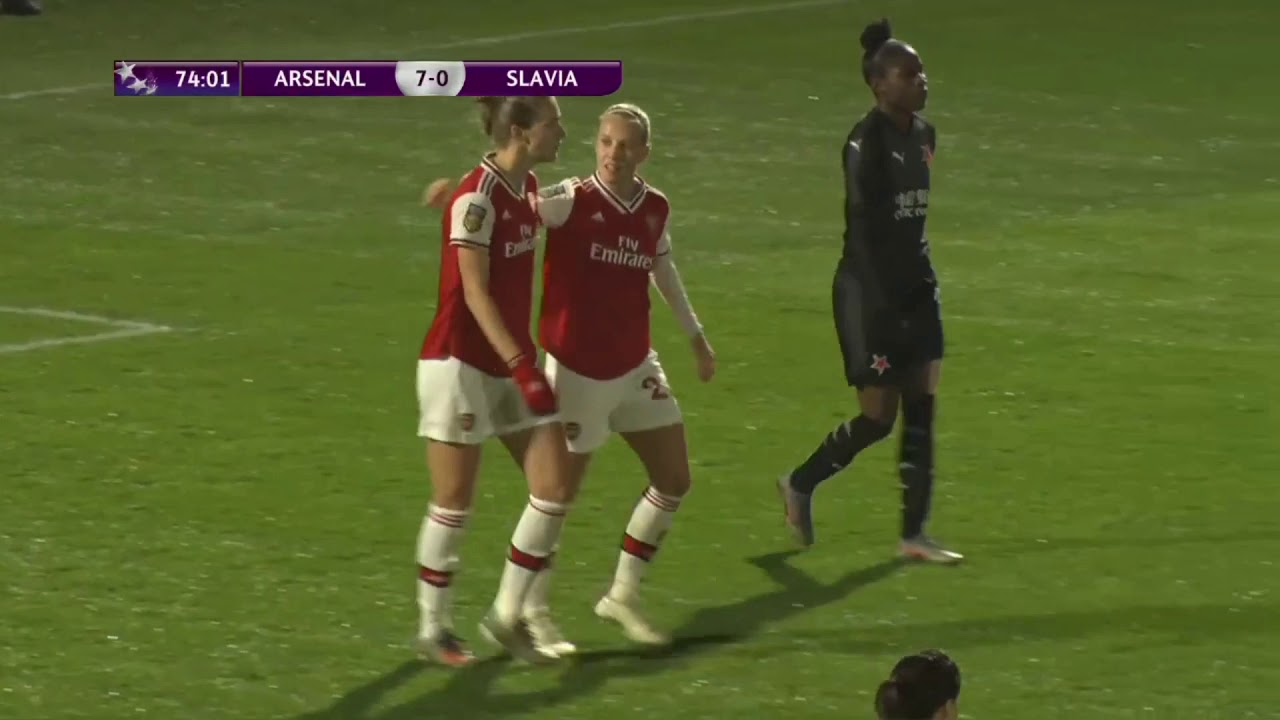 However, it seems all those injuries are completely in the past, and that Arsenal’s luck is starting to bright again. So, even with the “big” lead of the 1st leg, Arsenal took the 2nd leg game with much more intensity.

During the game, Leonie Maier stood out early on, providing a lively outlet for the midfield as she tore down the right-wing and whipped in crosses at will. Eventually, after creating many near misses, Van de Donk opened the scoring from Maier’s third probing low cross (1-0, 21′). Despite a brilliant performance from so many, the Dutchwoman was the best player on the pitch, both for her brilliantly taken a hat-trick and the way she helped Kim Little control the tempo from midfield throughout. She made the 2nd for the Gunners (2-0, 24′). 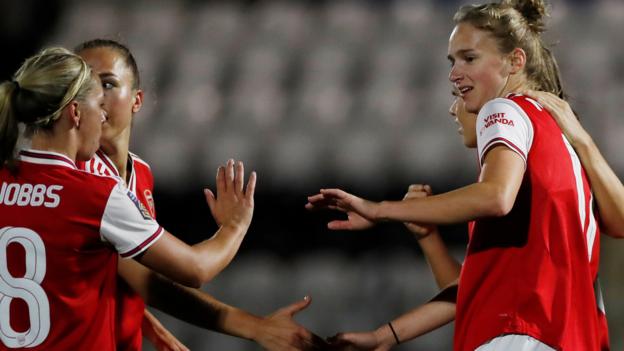 This was also a significant occasion for Jill Roord, who is still looking to make her mark after joining Arsenal this season. Throughout the game, she showed her movement, passing, and energy, but what will most be remembered is the way she blasted her name on to the scoresheet with a rocket of a half-volley for Arsenal’s 3rd goal (3-0, 33′).

And then there was Miedema. It’s hard to believe that she is only 23. Nominated for the Ballon d’Or last month, Miedema arrived at Boreham Wood one goal away from crossing the half-century mark for Arsenal. Her hat-trick took her to 52 goals in just 50 games!? UNBELIEVABLE!!!

Miedema’s first goal did not come until the final minute of the first half as she calmly slipped past Prague goalkeeper Barbora Votikova and rolled the ball into the net (4-0, 45 +1). More goals came in the second half, but Miedema had the final word, heading home the 8th goal of the night and her 7th goal across the two legs to drive Arsenal into the last 8 in the most emphatic manner possible (8-0, 86′). It has been a while, but, under the lights of Meadow Park, Arsenal made it clear that they’re back, and that they’re determined to make up for the lost time. The Gunners are England’s last-remaining side on the competition after Atletico de Madrid eliminated Manchester City (3-2). Will Arsenal be able to continue until the end, and make the dream come true? Only time will tell.