Women’s football leagues all around the world have all started, as well as the Champions League. The new season in England has also started, and so far, record crowds at the first weekend’s WSL (Women’s Super League) derbies have proven the value of hosting matches at large venues (Cough… Even if they are half-empty).

Undoubtedly, women’s football is still having a bright moment, however, everyone should make sure that brightness doesn’t disappear as the time pass. That’s why Manchester City hosting Manchester United at the Etihad Stadium in front of more than 31,000 fans, and Chelsea welcoming Tottenham to Stamford Bridge, clearly, has made a good change. 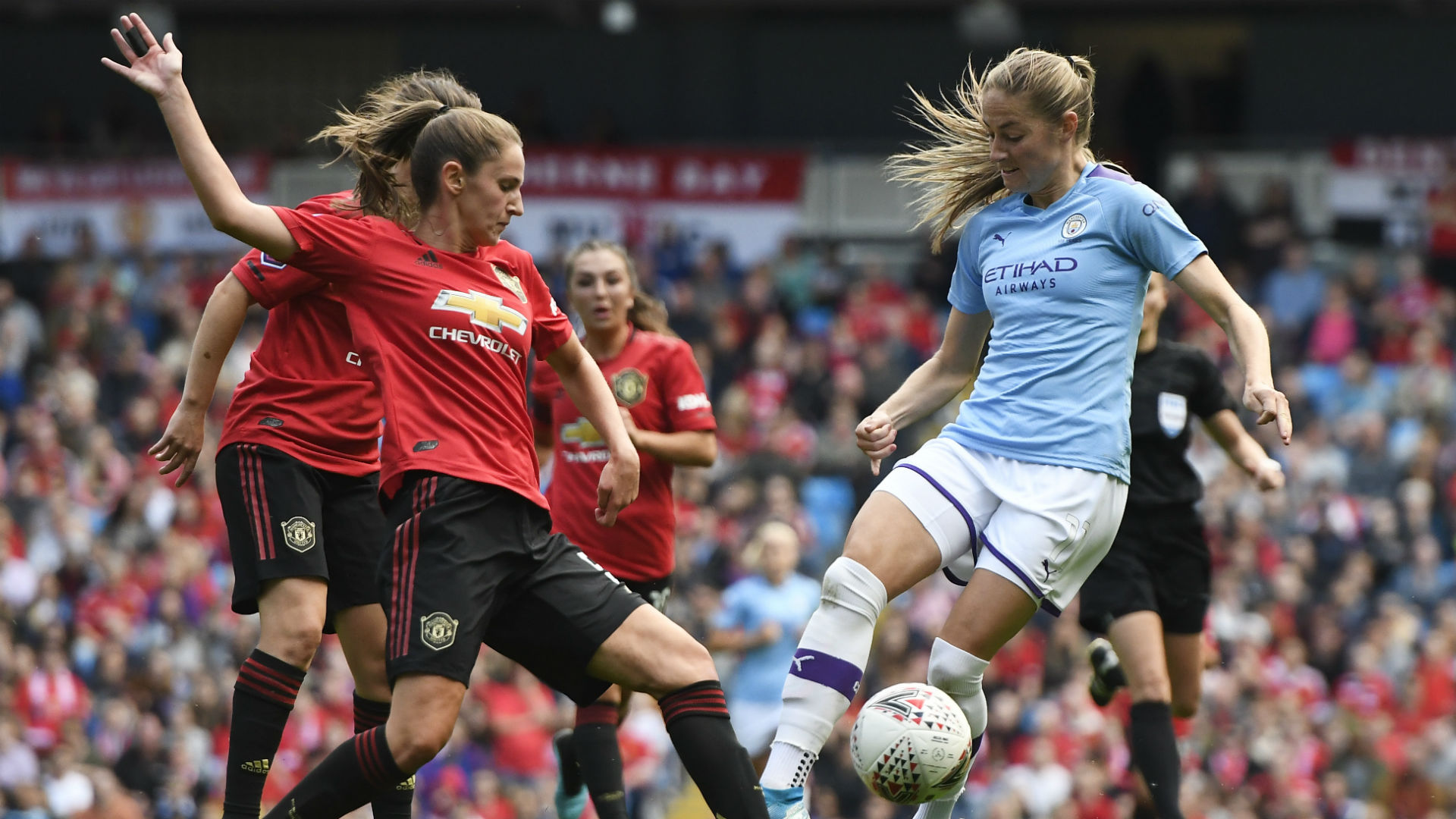 And it’s not only the sport; the clubs are experimenting “this change” too: City charged for tickets, while Chelsea is giving them away. Who’s in the correct way? Very easy: Both.

There are arguments for both plans to be OK. With around 40,000 tickets given out for the London game, even a 50% drop-off would see an impressive 20,000 people through the gates. But by not charging, Chelsea is choosing not to assign a value to a growing, competitive, elite sport played by international-level athletes. Unquestionably, hosting classic matches at men’s stadiums is not a new idea: Last year Brighton played their season finale against Arsenal at the men’s club Amex stadium, while Aston Villa played Leicester at Villa Park; two perfect examples. By comparison, 3,783 fans watched Chelsea being beaten by Wolfsburg in 2016 in the Champions League at Stamford Bridge. And in 2008, Arsenal beat Chelsea at the Emirates in front of 5,000 fans. Very impressive!! 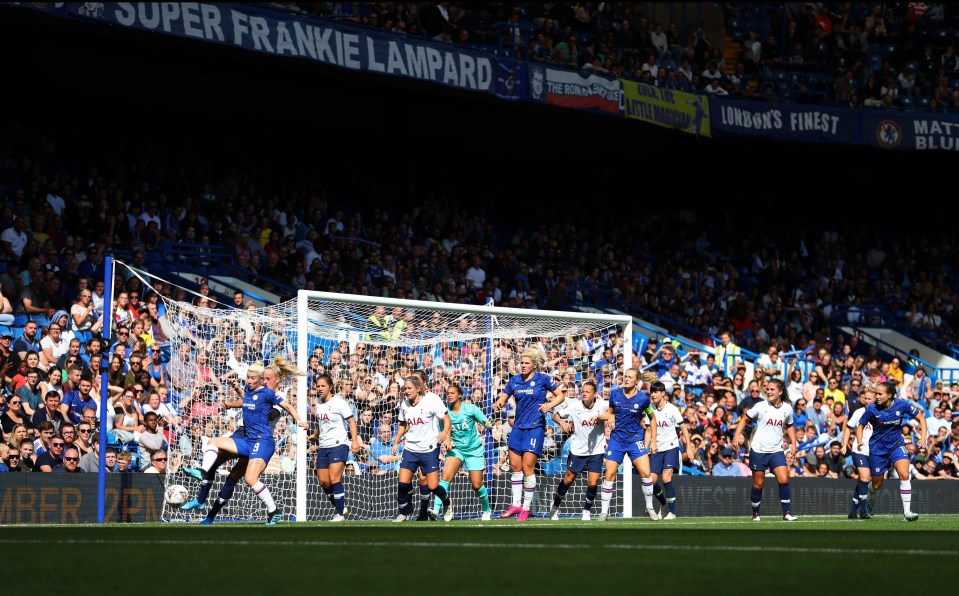 However, for many years those games have shaped the narrative. And that’s why fans, players and the authorities cite the lack of atmosphere at a big ground with a small crowd as less desirable than a smaller crowd in a more intimate space. But, why is this happening, if all clubs are giving their best to improve the quality and popularity of the women’s side of the sport?

There are problems with the approach being used. Not huge problems, but there are problems after all. Women’s Super League “usual” stadiums are much harder to access (Even find; I say this from my own experience) than the men’s big grounds, and often miles away from the club’s traditional heartland.

Here are some examples: Arsenal play at Borehamwood, (12.2 miles from the Emirates) Chelsea at Kingsmeadow (7.3 miles from Stamford Bridge), Brighton in Crawley (21.1 miles from the Amex)… Perhaps the worst is newly promoted Manchester United, who play at Leigh Sports Village, a complex with wonderful facilities, but without a train station. The list goes on, and it’s pretty much the same. So… 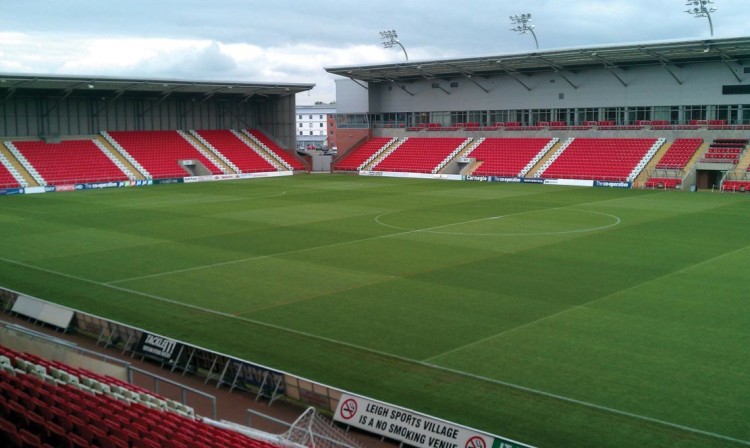 You get the idea, right?

When it comes to attracting hardcore football fans to watch their women’s team too, you are asking them to give up their whole weekend and travel out of their way to do so, to break their “usual” match-day routine and go into an adventure to find “The Holy Grail”.

At Villa Park, last season, fans after a fan said they were at their first women’s match and would attend more regularly if they played there more often. The 1,618 record crowd rattled around inside the 42,785-seat stadium but dwarfed the usual 350 seen in their regular home of Boldmore. But, is more than quadrupling attendance worth the pain of empty seats?

Very easy answer: Yes… And no. (I thought it was going to be one… Both? Again?)

There’s increasingly a belief among players and football authorities that there might have to be a little pain if gains are to be made. That playing more regularly at main stadiums is an ideological step more than a practical one; that this is about status, about women’s football no longer being treated as the afterthought; Men’s football little sister. 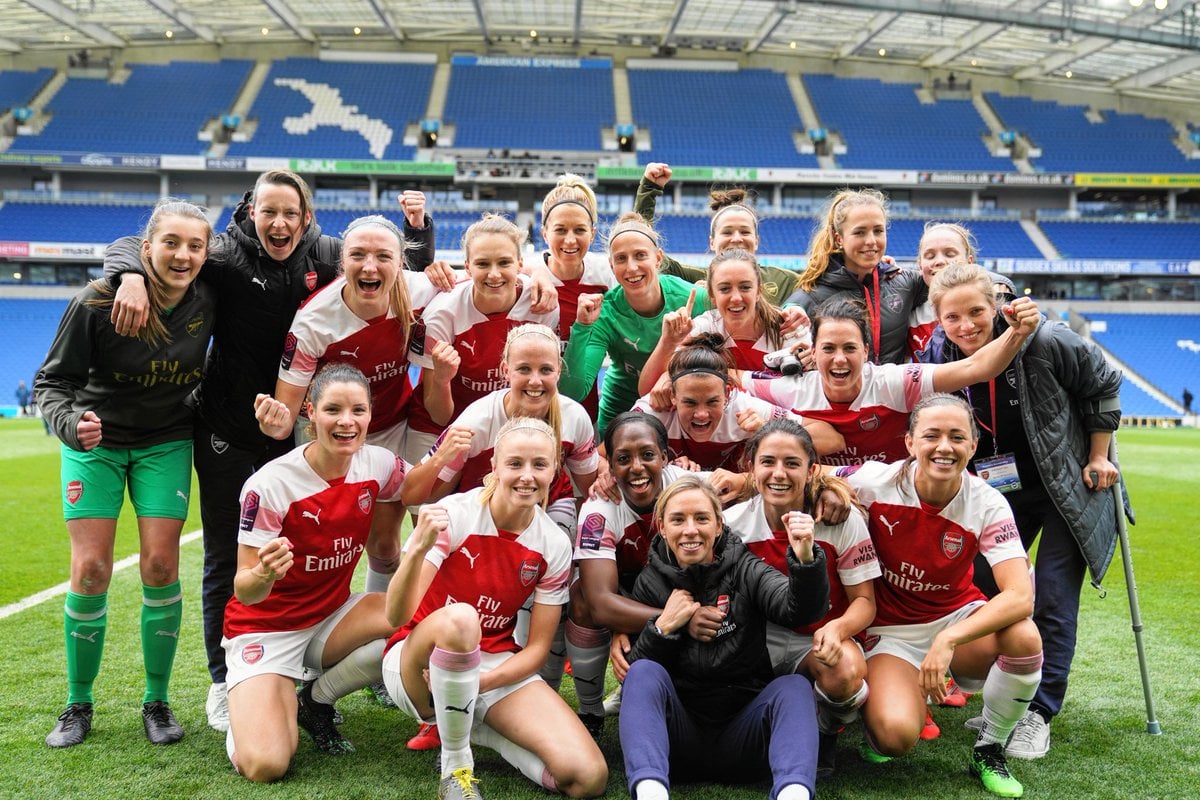 A part of that change in its history also says that we shouldn’t have to accept empty seats at all. Last year, record after record tumbled. A colossal 60,739 fans attended Atlético Madrid’s clash with title rivals Barcelona, setting a new Spanish league record. Meanwhile, in Italy, Juventus gave away all tickets for their 39,000 capacity stadium when they played Fiorentina, while 25,907 fans watched European champions Lyon beat Paris St Germain.

It’s also clear that the new promotion to the top division of Spurs and Manchester United has added traditional men’s derbies into the English women’s football calendar as well: Spurs against Arsenal, West Ham or Chelsea, or even Manchester United against Liverpool or City (Whoever they hate most… I guess depending on the day of the week).

Yet, these are in many cases women’s games that won’t be the most competitive of all, however, they’ll enable clubs to pitch to fans and bring a majestic crowd to its stadiums; as long as they are the “Men’s Big Stadiums”. That’s also something the FA (Football Association) is testing too. By cleverly announcing during the World Cup that the Lionesses would take on Germany at Wembley, the FA was reflecting the rivalry in the men’s game. For women’s football followers, a USA, France, Japan, Sweden or even Australia game would be the more exciting tie, but without the same edge.

Only time and a lot of effort from fans, players, and all football parties involved (both men and women’s game) will tell how much women’s football can grow in England and around Europe (even the whole world) if the change to the “men’s big stadiums” becomes a “not only one time thing”.