It wasn’t very amusing, not gonna lie. However, that’s how football is; sometimes is “a goal party”, and other times is “just let’s stick with one goal”. After all, goals are the most important thing to win on a football match.

Anyway, with all that said, Beth England’s excellent 25-yard goal gave Chelsea victory over Tottenham in their first Women’s Super League match at Stamford Bridge yesterday, Sunday 8th September. Seeing the game, I realize how equal and intense the WSL can be, as just one single goal in the 4th minute was enough for Chelsea to put them in the top table, 2nd place just behind Arsenal. (Oh yeah,  almost forgot: There was a carnival feel throughout the match, set in place before kick-off with a DJ set from former JLS singer Marvin Humes and countless popcorn stands around Stamford Bridge. So that was nice… Very nice!!)

England, who made her international debut for Phil Neville’s team against Belgium last week, was on fire since then, and clearly, she showed her quality and audacity to quickly fire into the top left corner within four minutes, which Rebecca Spencer and the Spurs defense couldn’t stop. From the 24,564 fans who were in Stamford Bridge (I WAS THERE!!) that Sunday, obviously, Chelsea supporters were clapping, and singing happily as they saw their team go up early on the score. The attendance was just over 6,000 short of the record WSL figure set at the Manchester derby at the Etihad Stadium on Saturday, who also ended in a single score for Man City (1-0).

However, the recently promoted Tottenham wasn’t going to give up so easily, especially in such important stadium. Spurs were a threat going forward, with Rachel Furness and Gemma Davison both having opportunities to equalize either side of half-time. But, that wasn’t enough to beat the magnificent duo formed by Millie Bright, and Chelsea’s captain Magdalena Eriksson, as well as former Birmingham City keeper Ann-Katrin Berger.

On the second half, Chelsea completely dominated the midfield and could have extended their lead when Guro Reiten and Drew Spence both hit the woodwork. Very unlucky!!

Yet, the match was intense and very entertaining (even if I wanted a few more goals). All fans were rewarded with attacking football and a feast of World Cup talent in the Blues line-up, including England defender Millie Bright, Norway’s Maren Mjelde and South Korea’s Ji So-Yun. 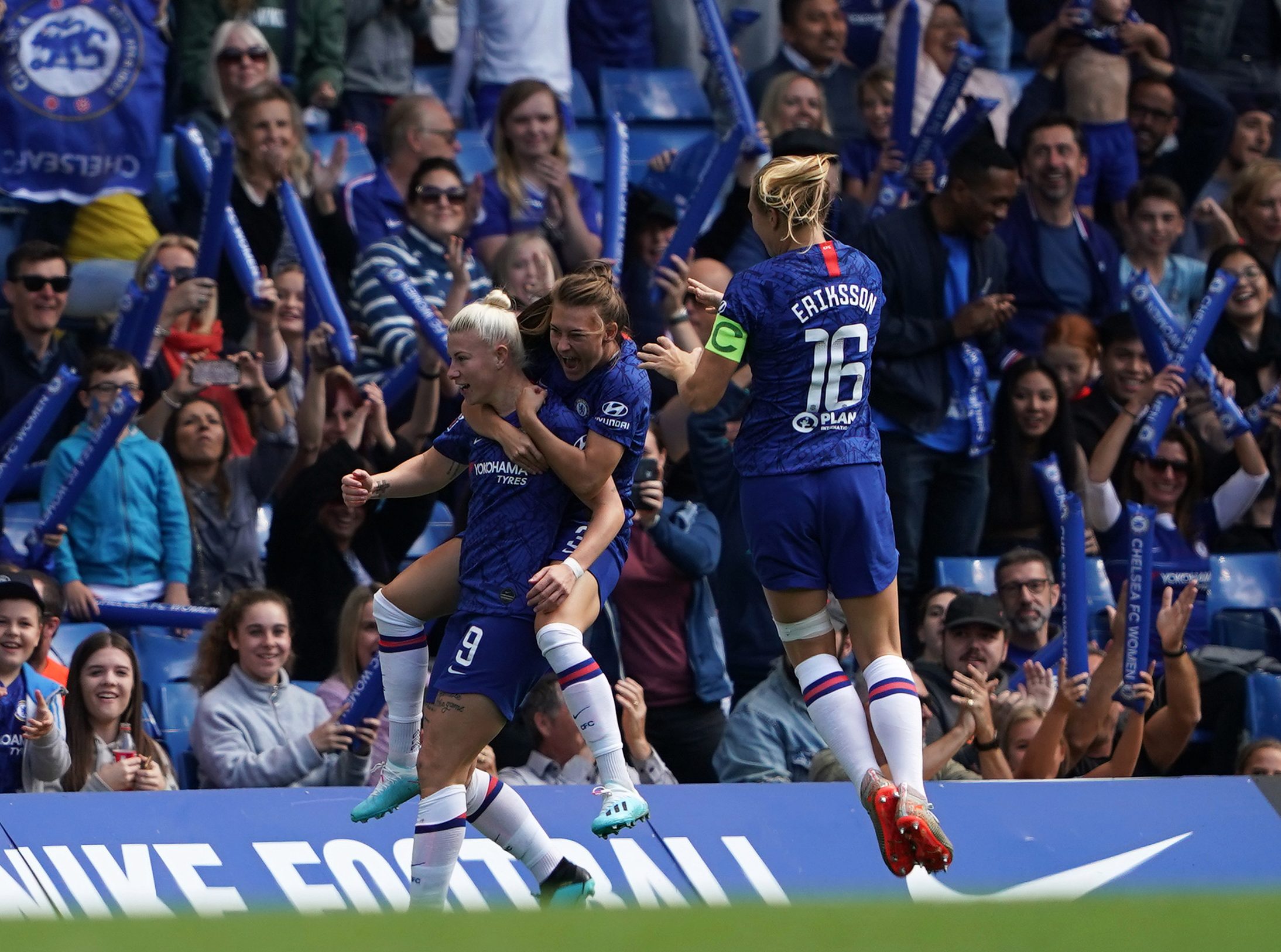 And that’s it! What did you expect me to do with just one goal? Anyway, it’ll be nice to see how Chelsea faces Brighton this weekend, who sadly draw against Bristol City on its opening game. Will Chelsea win the WSL title this season? (It’s only been one game, but we’ll see)