This is incredible! They’re unstoppable! Is there no one who can beat this team? (Good luck with that, Spain)

The United States, the great favorite, alongside France, England, and probably Germany, to conquer the 2019 Women’s World Cup, met last Thursday night (20th June) Sweden, who was coming with a lot of positivism, in order to steal that 1st place of Group F from the Americans. No chance!

A resounding 0-2 for the USA, who go the next round with 9 points, 18 goals in favor and no goals conceded. WTF!? Is it even a real team!? Ok, it’s true that the two goals had a little bit of help from our friendly and great friend VAR (Hi! Did you thought I was gone?)

So, what exactly happened? If VAR is involved, it looks like there’s going to be something interesting. The USA has been winning for as long as I can remember, so the 6th encounter between the two teams was very promising: Who would succeed? The USA or Sweden? Spoilers: We all already know! 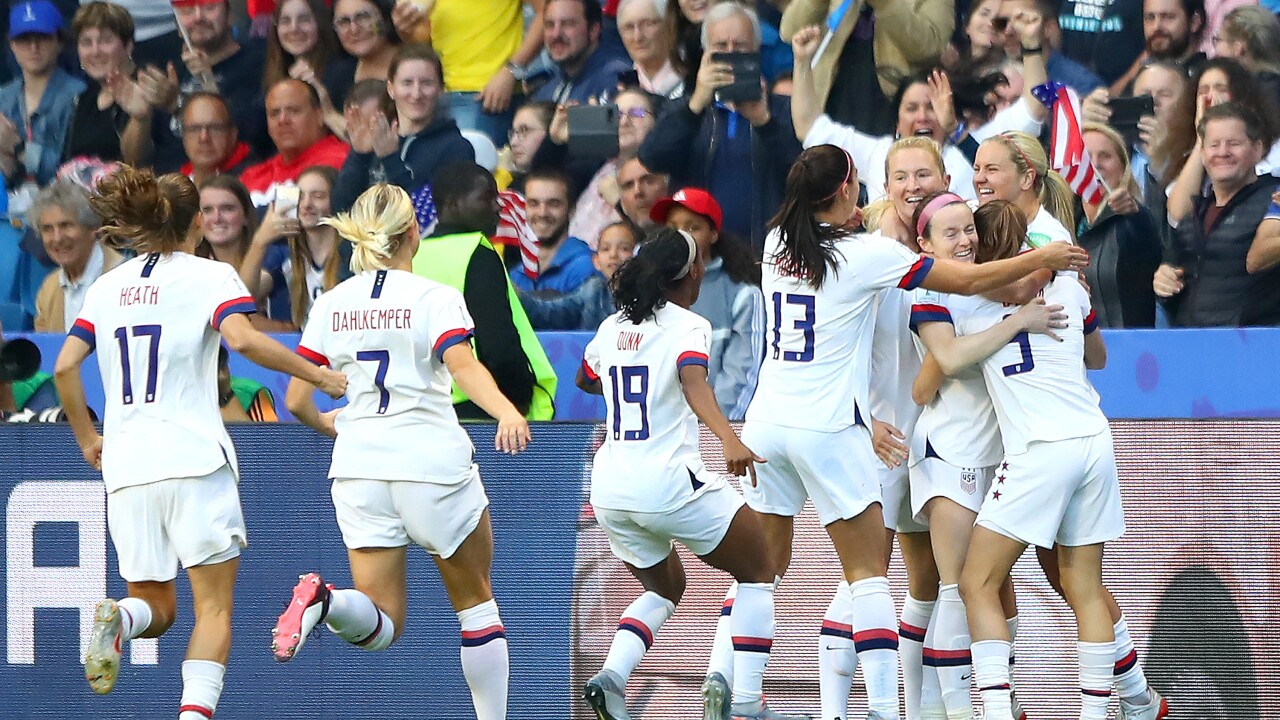 The match couldn’t start worst for the Scandinavian girls, who just conceded a goal 3 minutes in. The first corner America had in the game… GOOOOOAL! With great style, legendary Megan Rapinoe drilled the ball low to the near Swedish’s post, which Mewis passed quickly to Lindsey Horan, who was unmarked in the area and blasted the ball into Hedvig Lindahl’s net (0-1).

Clearly, that was a total shock for Sweden, who didn’t give up until the last minute of the game. Even with the USA dominating and showing its superiority, Sweden had the chance to tie the match, in the 21st minute: Striker Asllani had a great opportunity, after Jakobsson made a great cross into the edge of the box, however, a smart save from Naeher stop the Sweden celebration’s thoughts completely.

The North Americans still had its chances as well, with Rose Lavelle being the most impressive for the Americans in the first half: In the 23rd minute, she completely dribbled without any problem most of the Swedish defense, but, instead of passing the ball to an unmarked Rapinoe, she decided to make the shot, which sadly went wide.

Nothing else happened in the first half really. So, let’s move to the next one:

Sweden completely blocked the USA for the first 5 minutes of the second half, but that was it. On the 50th minute, the Americans doubled their lead: 0-2! Heath with a powerful strike (and a little bit of help from Swedish defender Andersson) scored the 2nd goal, which no one could stop. At that moment, Sweden tried their best to change the situation, with Asllani and Bjorn being the spirit that could lift the Scandinavians to a miracle. But, it never happened. Lloyd had the chance of making the 0-3, however, Lindahl made a superb save, before the end of the match, to deny her. And that was it!

Little fact: With this win, the USA has now the record for goals scored in a group stage at a World Cup tournament’s history (men’s and women’s), netting 18 goals (Thanks, Thailand) and breaking the record held by Hungary in 1954 and Norway in 1995 (17 goals). WTF!?

Sweden didn’t give up and tried in vain to become the 1st place of its Group, to make life easier to Spain in the next round, but… Oh, well. Still, the Scandinavians, 2nd of Group F will play in the round of 16 against Canada. Meanwhile, the USA can celebrate and start planning who’s going to lift the World Cup in July, because… I’m sorry, Spain: The USA is going to win! So… I’m not even gonna bother to ask my usual question in these cases, ok?