Skip to content
The 8th edition of the Women’s World Cup kicks off on June 7 in France, with the clash between the host country and South Korea.
To commemorate this event, we made a small list of 10 things you should know from the upcoming and the previous World Cups, in order to be the Women’s World Cup Wikipedia with your friends while watching the matches in your sofa or at the pub this summer. Who doesn’t love to know the weirdest but greatest things that happen in the footballing world?
1. The top scorer of the Women’s World Cup is…
The current top scorer of the World Cup is the legendary Brazilian Marta with an amount of 15 goals.
Now, Marta Vieira da Silva (better known by her first name) has the opportunity to improve this record in France, as she is still one of the stars of the Brazilian national team at the age of 33. Will someone get her soon or will she continue in the podium for a bit longer?

2. Who has the title of the best goal?
According to a poll made by FIFA on its own website, the winning goal to “Best Goal of Women’s World Cup History” is from the Mexican player Mónica Ocampo. It happened during a match held in 2011, and the victim of such an amazing goal was non-other than our beloved England.
3. The first official Women’s football World Cup was not held until 1991
The first FIFA Women’s World Cup was held in 1991, and it was the United States team that had the honor of being crowned the first champion in the history of the tournament. It was held in China, and 12 teams competed against each other, in front of around 19,615 spectators, who clearly didn’t expect the big “boom” women’s football has made in the world since then.
4. The American team is the most successful in WWC history
The players of the team of bars and stars have lifted the World Cup on three occasions, in stark contrast to their teammates of the men’s team, whose best historical classification is the third place in Uruguay in 1930, the first edition of the men’s world cup. The women’s USA stars won in 1991, 1999 and 2015. 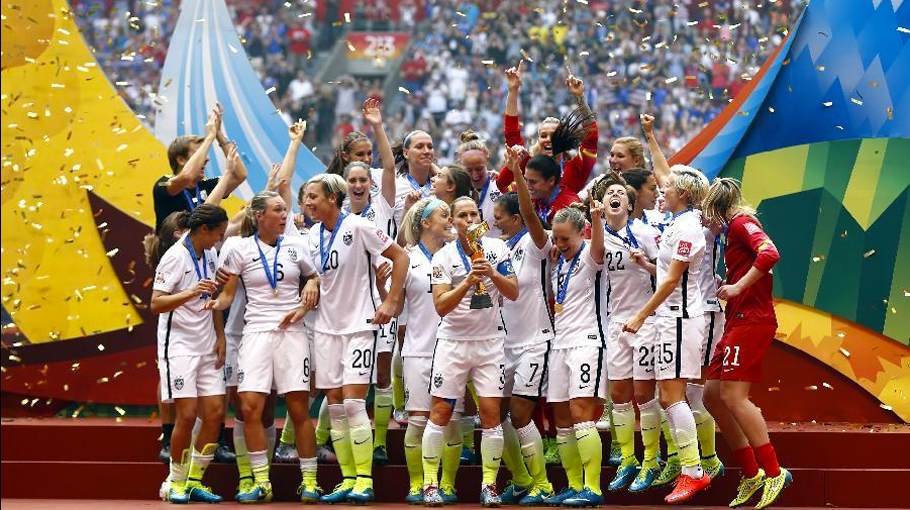 5. This year there will be 24 teams competing for the trophy
This figure is the same as in the 2015 World Cup, in which the participation of the 16 participants of 2011 was extended. The men’s tournament has had 32 teams in the competition since 1998, so it’s great to see how women’s football has evolved since its beginnings.
6. The youngest player to play in a Women’s World Cup was only 16 years old
Nigerian Ifeanyi Chiejine became the youngest player to play against North Korea during the 1999 World Cup at the tender age of 16 years and 34 days.
7. The average tournament attendance usually fluctuates
Although the average attendance at the last two World Cups of 2011 and 2015 was higher than that of the inaugural tournament, the Women’s World Cup “usual” attendance has fluctuated over the years.
8. This year’s mascot is the daughter of Footix, the mascot of France Men’s World Cup 98
FIFA has described this year’s mascot as the “young French chick named Ettie.” She’s literally “a chick.”
Ettie is the daughter of the famous Footix, the official mascot of the Men’s Soccer World Cup of France 1999. Now, she will become this summer in the last member of the FIFA mascot family.
9. The 2015 World Cup was the subject of a lawsuit over a “land conflict”
A group of players from the last World Cup sued FIFA for the decision to play on artificial turf, considering it’s unsafe and that it did not offer equal conditions as the men’s national teams, which always played on natural grass. As it was expected, FIFA denied the accusation of discrimination and the players finally withdrew the case.

10. The return of the “polemical” but “effective” VAR
The system of VAR or video arbitration, which was one of the main points of debate after its introduction in the Men’s World Cup last year, will be used again in this World Cup in France.
The time has passed and it seems that VAR has improved since its implementation to the men’s biggest leagues as well as the knockout stages of the Europa and Champions League. Still, the question is clear: Will it do a good job this time?