The end of the 37th edition of the Copa de la Reina will not be another match for various reasons. The players of Atlético de Madrid and Real Sociedad will search at the Los Cármenes stadium in Granada to make history for their respective clubs.

The rojiblancas will fight for the first double in their history, a milestone that has been resisted in the last two seasons falling in the final of the tournament against Barcelona. On the other hand, Real Sociedad wants to win the first title of their women’s section.

In addition, for the first time since this competition is contested (founded in 1983), the Royal House of Spain will be present in the final in the person of Queen Letizia, who could be accompanied by the Infanta Leonor.

Atlético de Madrid is the big favorite to bet for. They have signed an outstanding season, conquering the Iberdrola League in an imperial manner, winning 28 of the 30 matches played; reaching the knockout stages of the Champions League eliminating big giants Manchester City, and resolving their cup commitments against Malaga, Athletic Club, and this time, Barcelona.

“We have shown for 10 months that at Atlético de Madrid the transition weeks do not exist and less at the point we reached,” said José Luis Sánchez Vera, coach of Atletico Women’s team. The Atletico coach told an anecdote that clearly shows the competitive nature of the group:

“On Sunday when we arrived in Madrid the coaching staff proposed to the players to go out for a drink to celebrate winning the League and they told us they would celebrate nothing until the season had ended.

“In the rojiblanco dressing room they had two ideas: remove the spine of the two Cup finals lost and make history getting the double, something that to date only have achieved Atlético Málaga, which in 1998 made triplet of titles, as it also existed the Super Cup of Spain for women’s football.

Meanwhile, Real Sociedad has also made big things: They have achieved their best season of its history, but they want to put the icing on the cake by conquering the Cup, where they have consecutively eliminated Valencia, Rayo Vallecano, and Sevilla.

“We have come here with a lot of effort and a lot of dedication, it was a marked goal at the beginning of the season and now we will play the final to win it”, analyzed Gonzalo Arconada, Real Sociedad’s coach.

Both coaches shared praise in the preview of this apotheosic clash. “Gonzalo is a great coach, he has great players and he can propose the match in a thousand different ways.” 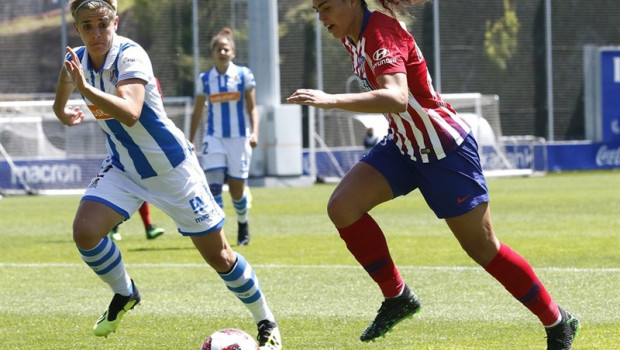 The key? It is clear that in order to win we have to score a goal and it is rare that Atlético is left without a goal so it may be necessary to score more than somewhat, “said Arconada.

Just a couple hours left for the final to start at Los Cármenes stadium in Granada (19:30) and no one knows what the final score will be. Football can be unpredictable and anything can happen. What is for sure is that it will be a stage where women’s football history will be written.