Women’s football still growing more and more, especially in Europe, where big brands like Nike or Visa have started to see how big women’s football can be. With the Women’s Worl Cup in France almost here, Spain continues to innovate and help in the development of the women’s game.

Recently, the Federation of Football in Spain has created a new cup: La Copa Campeonas. A good and new way to promote women’s football amongst the younger generations, who are starting to see how important is the women’s game to the men’s game, which has been dominant for years. 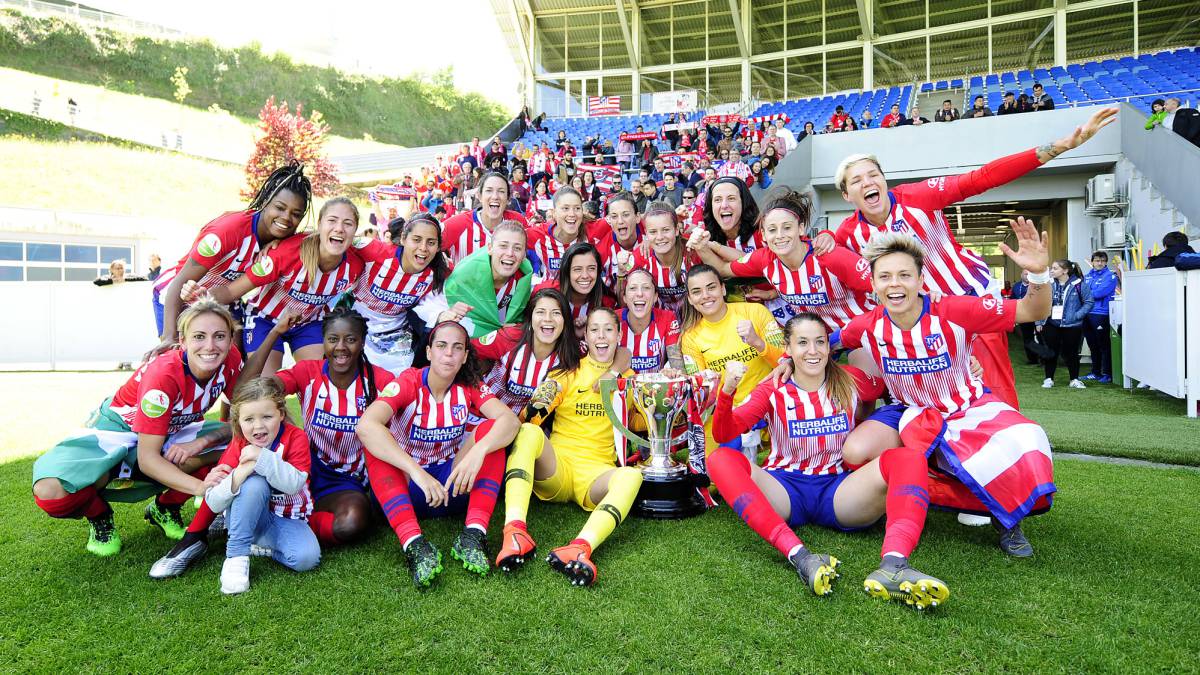 The first edition of this new “Campeonas Cup” will be held on May 17, 18 and 19 at the Ciudad del Fútbol de Las Rozas thanks to the collaboration of the RFEF, Visa, and CaixaBank. It is a tournament that will have the first eight classified Iberdrola League teams: Atletico Madrid, Barcelona, ​​Levante, Granadilla Egatesa, Athletic Club, Valencia, Espanyol, and Rayo Vallecano, with players U-13 and in a soccer 8 format.

“It’s a new tournament at the club level in the U-13 category, it will be nice to see how these eight teams, which will be divided into two groups, compete with each other in these facilities. I hope a great future for this competition and it will be the best reference in this category, “ he said.

In the same line, Montse Tomé, Jorge’s second in the women’s senior team added: “Initiatives like this makes you feel great to have lived as a player, it’s a great opportunity for these girls to have a tournament like this.” “At these ages, we talk about training in values, the competitive element is important because girls have to learn to win and lose, and these girls will have a collection of experiences that they will never forget and that will serve them as learning.”

The presentation was also made by Jackie Willcox, Head of Regional Marketing of Southern Europe, who defined the Campeonas Cup as “an initiative of the many in which Visa is involved to empower women in the field of sport (has signed agreements of collaboration with FIFA and UEFA, being present both in the World Cup and in the final of the Champions League),” she said.

“As a society, we are living a lot of changes and we want to push the role of women from the bottom up until the age of 13 it can be normal for a girl to play football like the boys, but from there they lack facilities or competitions. something special, like this tournament, will help the future of these girls.”

For her part, María Luisa Martínez, executive director of Communication at CaixaBank, stressed that “in our company, we have deep-rooted values ​​such as effort, improvement, and teamwork.”

“Society goes to models where diversification is not questioned. sponsorship is unique for us since it is the first time we work with girls soccer players. “Our bank is already the bench of football because it has 16 First Clubs, 15 Second Clubs, and several women’s football, but to promote the career of these girls is a privilege for us.” The tournament will have parallel activities such as being present in the friendly that the Spanish team will play against Cameroon at the Fernando Escartín stadium in Guadalajara on May 17 or watch on television the final of the women’s Champions League that will measure in Budapest at Barcelona and Olympique Lyonnais next May 18.

In addition, the winning team will be rewarded with a trip to France to see on the spot Spain’s World Cup debut against South Africa on June 8. Clearly, a good way to promote women’s football and to show the fun side of it.