Right now, Ada Hegerberg, Olympique Lyonnais Féminin famous striker, can be considered as the best footballer in the world. A player in the rise, that it could be described by others as just a Norwegian women footballer with barely 23 years old. But, clearly, her youth does not cloud her ideas: they are bright and not broken by a World Cup.

Recently, Norway handed out its list of players for the big event in France, from June 7 to July 7, and, surprisingly, the Olympique Féminin star and first female to win the Ballon d’Or was not between the chosen ones. But, her absence has a really important reason behind it.

It all goes back to August 29, 2017, when through an extensive letter published on her social networks, the Olympique Lyonnais player announced that she was taking “a break” from the national team. She said to all her fans that the decision had been “difficult but well thought out”.

In that time, she did not explain well the reasons as she didn’t want the media to harm the team, which had been eliminated in the first round of the European Championship without winning a game. She barely admitted that “improvements, an implementation phase and a follow-up” of women’s football were required.

Then, it was known that the background of her message was much deeper: what Hegerberg asked was equality between women and men who defended the colors of Norway playing football.

“I support the equalitarian game because I want everyone, especially the girls, to trust that football is for them,” she said in September of 2017.

Her resignation was already a fact when the Norwegian Football Federation took a historic decision and took a giant step to end the gender pay gap: women and men were to receive the same salary for playing the sport they love. 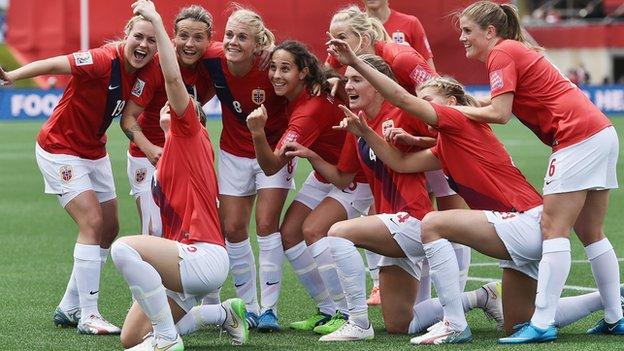 The announcement came in December 2017, after months of negotiation between the federation and the professional footballers union.

At the Norwegian Embassy in London, the captains of both teams, Stefan Johansen and Maren Mjelde, sealed the agreement in which the men represented a fundamental part since they contributed their income in the concept of image rights so that this money went to your companions. Thus, in 2018 each team received 726 thousand dollars in salaries during each call.

However, this breakthrough, a pioneer in the world, did not change Hegerberg’s decision. The women’s team, then, had to contest the qualification to the World Cup in France without it.

“It’s not all about the money, it’s about the preparation, the professionalism, very clear points that I presented directly to them when I made my decision,” she told CNN in December 2018, after winning the Golden Ball. 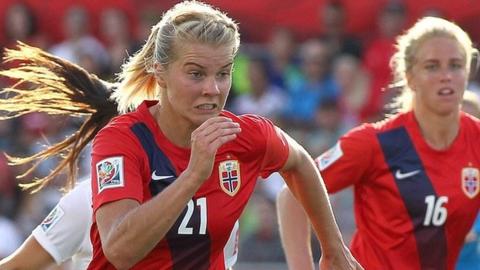 “Football is the most important sport in Norway for girls and it has been for years, but girls do not have the same opportunities as boys, Norway has a great past in women’s football, but now it is more difficult,” she added, remembering that title that her country achieved in the World Cup of Sweden, in 1995, just 22 days before been born.

This last Thursday, 2nd May 2019, when Martin Sjögren, the coach of the Norwegian team, gave the list of players to play in the World Cup, the illusions of seeing the scorer in France ended. “ We tried to solve it, we had meetings, but she decided not to play, as a coach, I had to focus on the players who wanted to be part of the team, and Ada was not among them, we respected her and we were working with the other girls, who are doing great work.”

After 66 matches and 38 goals between 2011 and 2017, Norway had to resign themselves to not seeing Ada Hegerberg on the team. Many times the federations, as they think that women’s football is not so developed, believe that the players are not indispensable. But she has a huge weight for her team and that she’s not really a huge loss for the World Cup.

Staying out of a World Cup for fighting for something like that should be an example for many players. The national team is very important but some things are more important, such as fighting to respect the rights of women. In addition, it is to give the example to the youngest that you have to put aside and lose things to win others.

For Ada, it must be very important to play a World Cup and, nevertheless, she chose to stay outside to fight for the right of women. A decision that should be an example for all women and men involved in the world of football, and especially in the development and integration of the women’s game in our society.