Only 4 words: England vs the USA!

England Women are in 2nd position at the SheBelieves Cup, after a 2-2 draw against the hosts and world champions, the USA, on Saturday night. A historic clash that makes the Lionesses wait for Japan in two days, to see if they will win the trophy of this tournament.

The match between England and the United States was clearly the double face of a coin: The two skippers swapped goals around the half-hour mark, with American striker Megan Rapinoe scoring an amazing half-volley before Lionesses captain Steph Houghton bent a free-kick inside the box around the American wall.

Later on, Nikita Parris scored a lovely goal for England, after an outstanding set-up from Fran Kirby, where the American defence couldn’t do anything to stop it. Fran Kirby is on fire!

Luckily for the USA, Tobin Heath capitalized on scrappy defending in the 67′, scoring a decisive equalizer, and the final goal of the match.

It was interesting to see that despite moments of remarkable skill, it wasn’t the strongest line-up we’ve seen over the years from the USA Women’s team.

Some important figures were missing for their line-up: Their legendary goalkeeper Hope Solo, Adrianna Franch for her first cap, or Carli Lloyd, who scored a hat-trick in the World Cup final but didn’t make into the team line-up, due to her bad-shape performances lately. 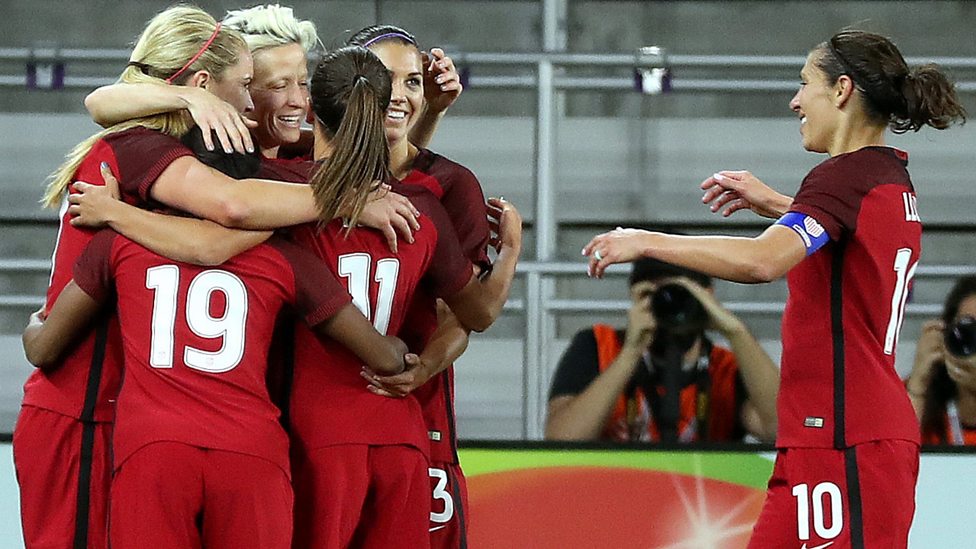 Clearly, this is something that makes everyone feels like the World Cup in France 2019 is going to be much more open than the previous tournaments.

Not taking merit to the great match the Lionesses did against the World Cup holders Saturday night. In the end, it was a well-deserved draw, meaning that Phil Neville’s England can win their first silverware if they beat World Cup runners-up Japan in the final match on Tuesday.