But, also, it’s a great show and training for the World Cup to come. The Shebelieves Cup!

After the first two matches (England v Brazil and USA v Japan), an old fashioned and amazing clash is coming for us this Sunday, 2nd March: England vs the USA. First of all, England Women fought back from a controversial penalty to beat Brazil in their opening game at the SheBelieves Cup in Philadelphia on Wednesday night.

England’s Women coach, Phil Neville, was unhappy that Brazil was awarded a spot-kick after Lucy Bronze was considered to have fouled Brazil’s star, Marta. Andressa Alves scored the penalty to put Brazil ahead on 16 minutes, but luckily, England responded in the second half with 2 great goals, from Ellen White and Beth Mead.

“It was not a penalty. There will be VAR at the World Cup so decisions like that will be better.

“But at half-time, that was the least of my worries, and I was probably a bit harsh on them because my frustration and anger boiled over.

“I had a lot of tired players but the determination in the second half was as good as I have seen as a manager. It is a big result.”

On the other side, Jill Ellis (USA’s coach) watched her team lose a chance to beat Japan in the final minutes of the clash.

Alex Morgan scored her 99th international goal, but Yuka Momiki responded with a stoppage-time equalizer and Japan tied the United States 2-2 on Wednesday night in the SheBelieves Cup, a tune-up tournament for the upcoming World Cup in France.

Megan Rapinoe also scored for the Americans in a rematch of the last two World Cup finals. Even with that disappointing result, the US women’s soccer coach did not, however, lose any confidence ahead of the Women’s World Cup.

They even see themselves ‘favorites’ against the Lionesses this Sunday. 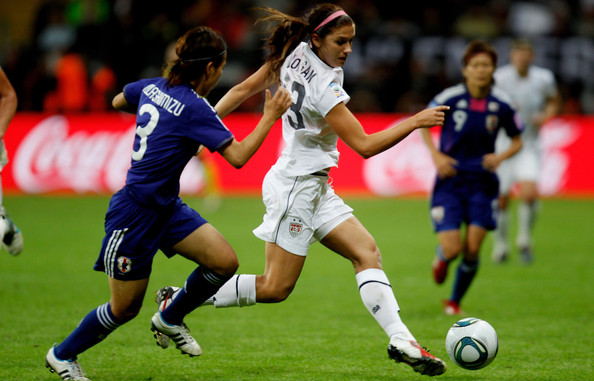 It will be a match that will show everyone who could be the team that will lead the race between the two for the world cup title. Both teams have the possibilities and players in the team to give up a good fight to their rivals.

Afterward, England will play Japan in their final group game next Tuesday, while the United States will face Brazil. It’s for sure that tomorrow, 2nd March, both the Lionesses and the United States will fire up the Nissan stadium at 21:30, in Tenessee. Don’t miss it out!