2018, the year where everyone talked about women’s football. Finally, this side of football has started to grow and become more important in the daily news; it has got an opportunity to show us how amazing women can be.

It ends one more year and clearly, 2018 was quite productive in terms of women’s football. Here I have collected some of the most impacting moments for women’s football this year.

The year of Brazil: Winners of the Copa América Femenina

The Copa América Femenina was one of the women’s tournaments at a national level that opened the curtain in 2018. Brazil with Marta as the leader was the team that won its seventh title in Chile and its third one in a row.

In total, Brazil achieved a perfect score to be victorious in the seven games played, mostly by thrashing and making clear from the beginning his favoritism.

The Brazilians defeated Colombia 3-0 in the last match of the final phase and defended the first place that made them champions.

The host team, Chile, surprised in the last matches and with a draw to the Colombian team and a victory to Argentina was enough to win their place at the 2019 World Cup in France and the second place.

Lyon has done it again…

The French team Olympique de Lyon in the month of May got its fifth title of the most important women’s club tournament in Europe.

The French team became the first club to win five times the championship and three consecutively.

In the final played in Kiev, the French defeated the German team Wolfsburg in overtime by a score of 4-1 after playing about 90 minutes matched and to be the most winning women’s club in Europe.

The selection of Japan was another of the countries that shouted champion in 2018 because they were crowned champions of the U-20 Women’s World Cup held in France and took advantage of the definition fault that the players of Spain had.

The Japanese managed to take advantage of key moments of the game to score and forcefully beat the European 3-1.

With the title that Japan won, Asia becomes one of the most winning continents in this category, as North Korea had already won twice this contest (2006 and 2016).

Brazil, champions in the South American women’s U-17 and U-20

As for youth teams, Brazil was the country that could win several of the tournaments that Conmebol organized during 2018.

The South American U-17 that was played in San Juan, Argentina, was achieved by the Brazilian team by defeating Venezuela 3-0 and lead the final table, in which Colombia was runner-up with four points. 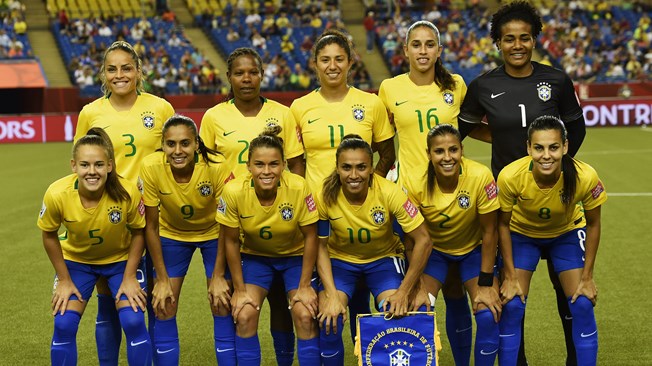 In the U-20 category, Brazil was the unbeaten champion in the last match in Paraguay by 8-1 and nine points from nine in the final phase of the championship.

Spain wins the first U-17 World Cup in Uruguay

Uruguay hosted the FIFA U-17 Women’s World Cup and the result was the championship of Spain, who defeated in the grand final the surprising selection of Mexico by a score of 2-1.

Catalina Coll, Claudia Pina, and Eva Navarro were the backbone for the Spanish team to get its first women’s World Cup.

Those are some of the achievements women have been able to accomplish this year; a year with struggles and a lot of challenges for these fantastic players, who have done the impossible; growing day against the adversity of the world.

For a great 2019, where women and men’s football can be equal and be enjoyed by everyone, without insults, racism, and sexism.