They made history. The moment was magical. Unforgettable. This 2018, the lower categories of the Spanish women’s team have revitalized completely this side of the most acclaimed sport in the globe.

The achievement of the U-17 World Cup was the icing on the cake, but this team had already won the European Championship in May. It was not the only Spanish conquest of the year. The U-19 also won the continental crown and the U-20 took the second place in the world.

Clearly, an example of effort and hard work, showing us that every dream can become true.

Behind these achievements is the work of many people, among which stands out “that crazy woman football.”

This is how Rafa del Amo, president of the Women’s Football Committee in the RFEF, is defined. “Who had not seen the girls is surprised. We needed to show that they play very well and the successes give us visibility,” he confessed.

They have increased the licenses, the follow-up of the public… 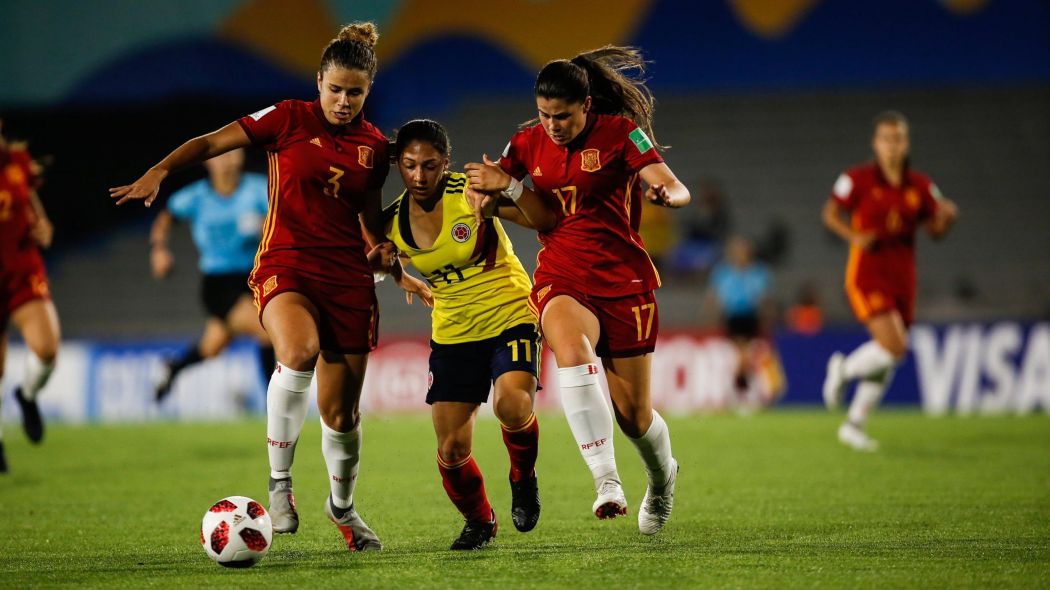 But there are still peaks to conquer.

“Women’s football is fashionable and that’s a joy. There are many challenges still: the World Cup 2019, enter into the Olympic Games. And here, the increase of chips. If a mother doubts whether soccer is a sport for her girl, she will be encouraged,” said Claudia Pina, top scorer for the U-17 Spanish national team.

Along with Rafa del Amo, they attended the Gala of As Ana Muñoz (Vice president for Integrity Affairs), Dolores Martelli (Director of the Women’s Football Department of the Federation) and Claudia Pina (FC Barcelona) and Irene López (Madrid CFF), representing their colleagues. The striker of FC Barcelona was clearly nervous, as it was her premiere at a gala: “We are the first to achieve this and it is positive for more and more girls to play this sport.”

Always at his side was the Madrid CFF midfielder: “Spain was watching us and it has been incredible. We are still in a cloud. Every time we are more girls we play football and hopefully, we will be more and more “.

It’s already on. These footballers have written the first page of what promises to be a great story. Now, we’ll need to wait to see what new amazing things they’re able to achieve and if the 2019 World Cup in France can continue the path these players have created for women’s football.