On Sunday, West Ham United fell to an 8-0 away defeat at the hands of Chelsea in the Barclays FA Women’s Super League. 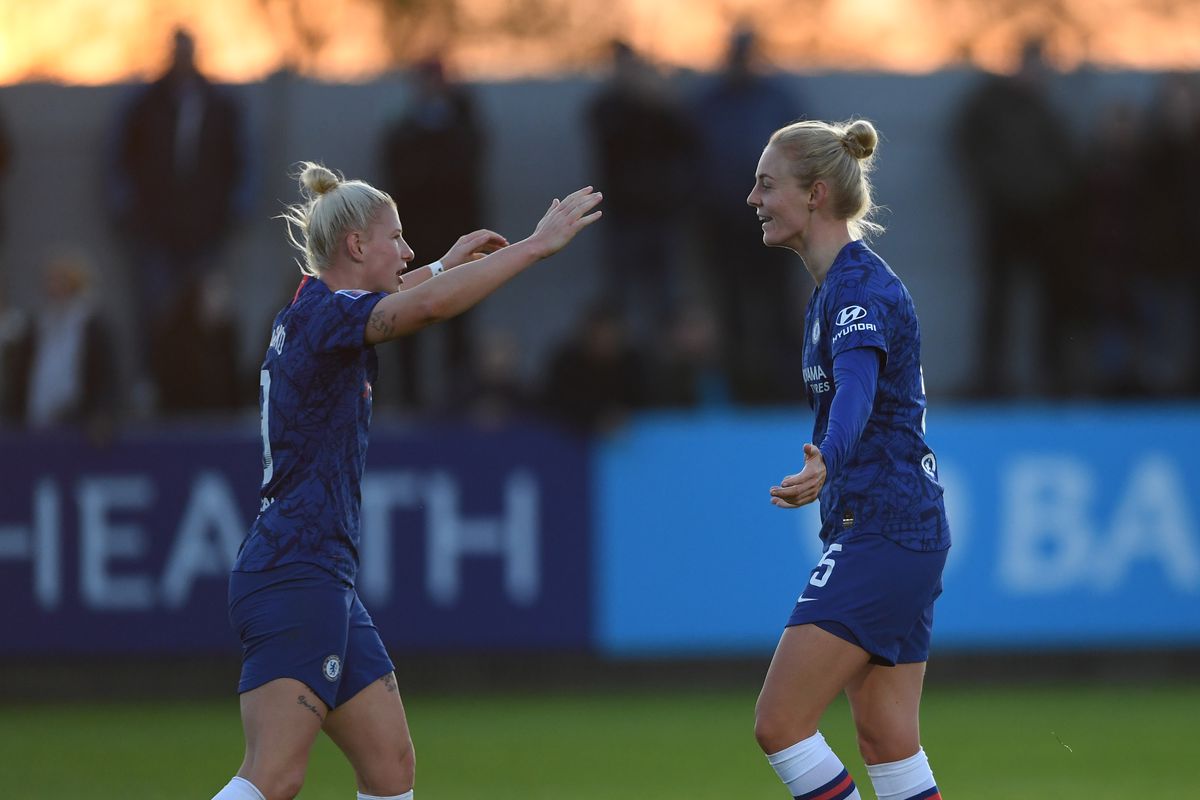 The game couldn’t start better for Chelsea: Maren Mjelde scored the 1st goal in the 7′, slotting into the bottom left of the goal after West Ham failed to clear an Erin Cuthbert corner. Just a few minutes after, the 2nd came when Bethany England got on the end of a perfectly-timed ball from Cuthbert and went beyond West Ham goalkeeper Courtney Brosnan for a calm finish (12′).

Sophie Ingle headed the 3rd from a corner for the home side just before the half-time whistle was blown (44′).

But West Ham was not dead yet. They had a great opportunity to get back into the match came with ten minutes left of the first period. Katharina Baunach’s corner was attacked by both Grace Fisk and Laura Vetterlein. The latter appeared to be collided with, denying the German a chance at goal, but no foul was given in the end. 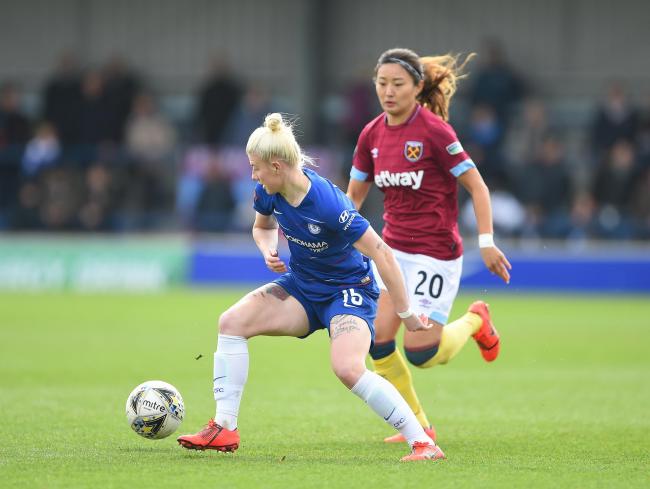 After that, the second half for West Ham was poor, with no chances at all, and the Blues continued to dominate without piety to their rivals. Cuthbert made it 4-0 in the 52′; she was lucky to be onside as she received the ball on the run, taking it past defender Grace Fisk and firing it in from outside the box.

Then, Chelsea’s 5th came as Bethany England scored her 2nd of the game in the 56′ with a headed goal from a corner. Mjelde (once again) stormed into the six-yard box to fire a cross into the back of the net just as Brosnan thought it was coming safely into her hands, making it 6-0. No Mjelde, no party!!!

In the last minutes, substitute Ramona Bachmann put the ball in the back of the net (again for the Blues) after West Ham failed to clear a Jess Carter to cross in the 87′. Finally, Chelsea’s 8th, and final, goal came again from a substitute as Emily Murphy headed home in the 90′.

A tough afternoon that could have been much worse if not for a number of top saves by West Ham keeper Courtney Brosnan, who denied the likes of England, Bachmann, and Jonna Andersson from making the score worse (I don’t know how could fix this score tho).

The biggest win for Chelsea’s campaign this season and now, their goal difference is vastly superior to their main rivals in a title race, which threatens to go all the way.

They’re on 2nd place, one match less than 1st place City and 3rd place Arsenal, and only 1 point behind.Undoubtedly, an excellent afternoon for the Blues… and who knows if the future champions of the WSL 2019/20.