That’s right! VAR was used at the 2019 Women’s World Cup but, as it continues to grab headlines in the men’s game, many wonder if it is such a good idea to implement it in the women’s game as well.

Regarding the matter, Women Red Devils’ boss Casey Stoney isn’t to keen on introducing VAR into the women’s game.

It’s true that this “controversial” technology was used at last summer’s Women’s World Cup, which Stoney covered as a pundit with the BBC, but its use was very dodgy, with a number of incidents marring the tournament.

Although the FA is working on a number of ways to improve it, the quality of officiating in the Women’s Super League has been questioned by many so far this season, with Stoney herself vocal about the issue on several occasions. 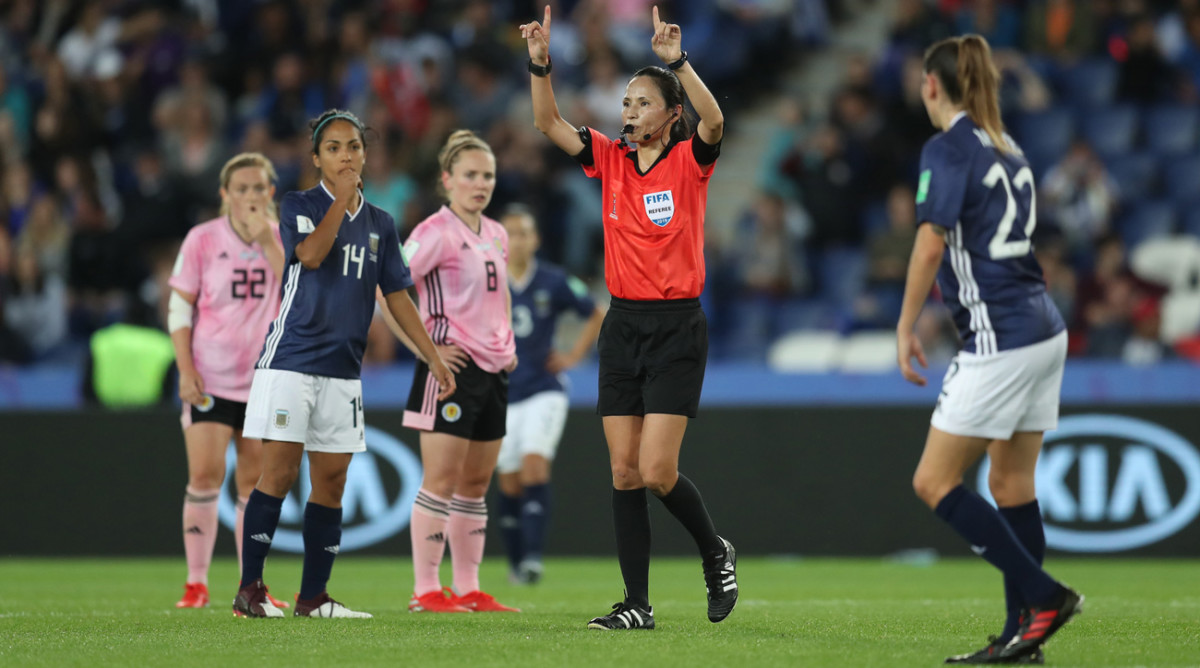 “I like the drama of football. I like the fact that a ref makes a mistake because they’re human, and if I’m sitting in the crowd, I want to be able to celebrate a goal and not have to wait two minutes to see if it’s onside, offside…”

“I thought we were going towards, years ago, the advantage for the attacker to make it a more entertaining game. It seems to have gone completely the other way now. “So, no, I don’t want it in the women’s game at all and I don’t think we’ll ever see it because I don’t think we’ll ever be resourced for it. There’s not (enough) money in the (woman’s) game.

“We can spend our money on far better things than VAR.” As a possible alternative, Stoney suggested implementing goal-line technology, which has been probably one of the most helpful technical advantages football has received in many years.

“That’s black and white, isn’t it? You know if it’s in or out. “At the 2015 World Cup, I would have liked goal-line technology to not be there.” “Sometimes, especially in the men’s game, it can win or lose you a game, or keep you your job. “I would like to see that in the women’s game. I don’t see why not on that one,” she concluded.

Undoubtedly, she might be right on this and the FA, as well as other football associations, should start focussing on this kind of demand, because if VAR doesn’t attract anyone, why not put goal-line technology instead? Only time will tell.