Everyone might be talking about Liverpool’s men star Sadio Mané, but a historic moment also occurred during the last CAF Award on Tuesday, especially for the women’s game:

Asisat Oshoala, FC Barcelona and Nigeria’s star, has now won the CAF Women Player of the Year award four times, the same number as Super Falcons legend Perpetua Nkwocha and the most of any African player (men and women) in history. 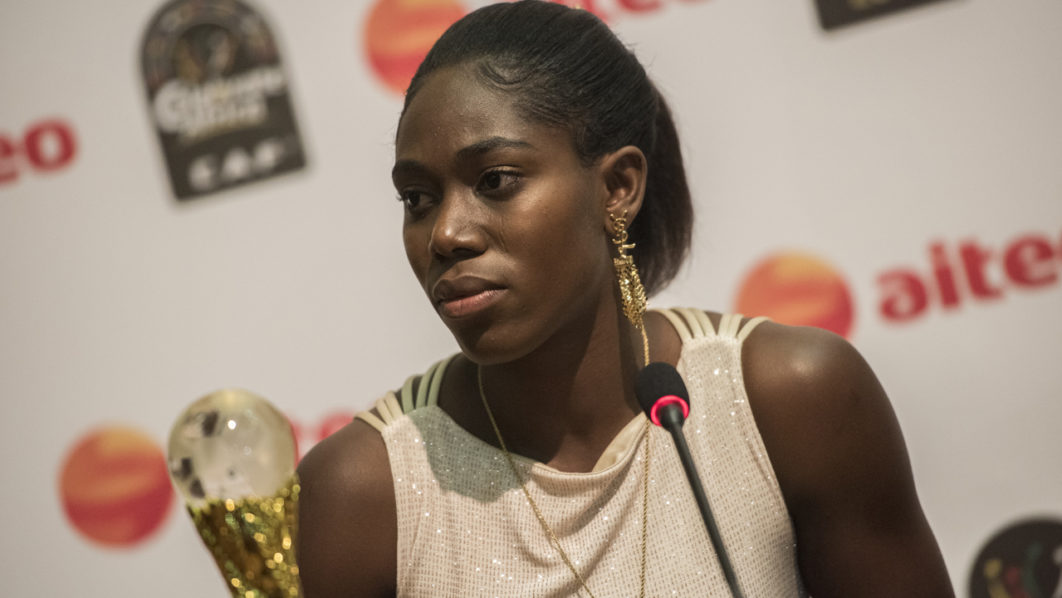 For BBC Sport Africa, Oshoala showed the enthusiasm and excitement of receiving the award for the 4th time:

“I am really excited, proud of myself, four times is something to always remember.” “It keeps me going but of course there is still more work to do, I want to create my own history and not just equal someone else’s record, I’m going to give my best to create mine.”

The Nigeria international beat Ajara Nchout of Cameroon, Tabitha Chawinga of Malawi, and Thembi Kgatlana of South Africa, who had spectacular displays during their contribution in the 2019 Women’s World Cup at France.

But more importantly, the Nigerian superstar had a spectacular club season, after she joined Barcelona first on loan before signing a permanent contract very recently. She impressed Barcelona Femení and became the 1st African to score in the UEFA Women’s Champions League final.

Furthermore, the 25-year-old in 2019 scored a goal at the 2019 FIFA Women’s World Cup to help Nigeria reach the knockout stages for the first time in 20 years. Finally, the forward said on her Twitter:

“Grateful to be African Women’s Player of the year for the 4th time… “Thank God, my family, friends and fans for the support. Big shoutout to my club, my management, teammates at both national team and club level and of course thanks to @CAF_Online for the opportunity.”

Clearly, a true champion, and a well-deserved award. CONGRATULATIONS, ASISAT!!! 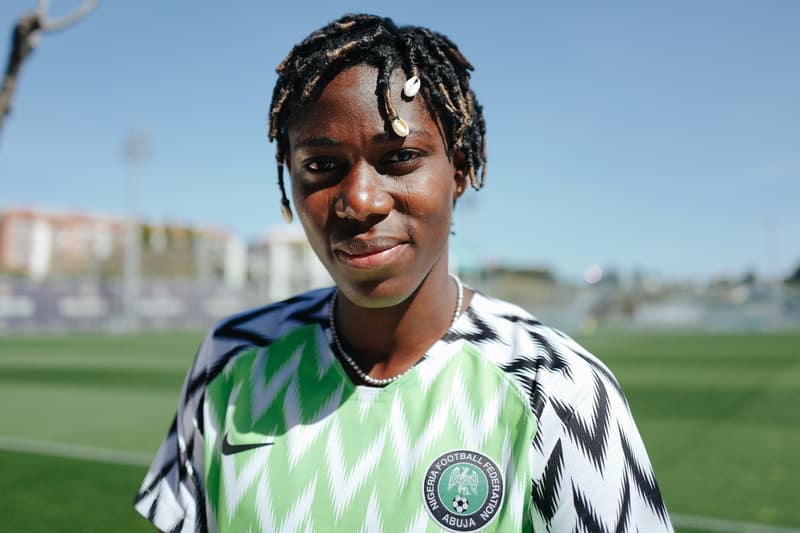