The title already says it, guys: It’s not coming home! Women’s World Cup is not coming home! Why? Because the USA once again has won and gone through the 3rd consecutive time into the final (With the help of VAR). I’m getting bored of it… WHY THEY’RE SO GOOD!?

The match couldn’t start better for England, who was hoping to get through the acclaimed World Cup final: Megan Rapinoe, the main star, and captain of the American national side wasn’t playing. ALLELUIA!

Now seriously, the game started as everyone could have expected: Just 4 minutes in and England was already struggling with the USA attack. Lavelle dribbled past Bright to move into England’s box before she shot, however, Telford palmed the American effort away.

England tried to show how they have become over the years, but on the 10th minute, the first goal came… For the Americans! A brilliant through ball from Tobin Heath was picked out nicely by right-back O’Hara, who run down the right and put a deep into England’s penalty area. Defender Lucy Bronze didn’t saw she had Christen Press just behind her, who quickly rise her head to hit the ball over Telford and into the back of the net. GOOOAAALLL! 0-1! 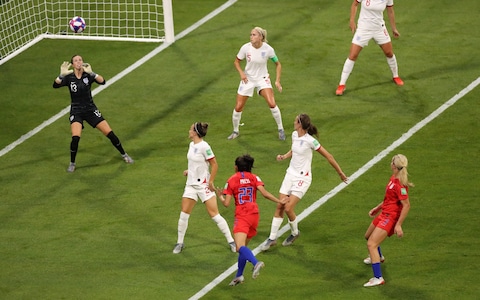 The game couldn’t be better for the USA, who, once again, was showing how good the world’s best team is. Even without its main star. The USA’s pressure continued, firing all the chances they had to score the 2nd goal and destabilize England before the first 20 minutes. However, that didn’t work.

Lavelle was close again to score a goal on the 16th minute, but her missed chance didn’t matter when Ellen White scored the equalizer of the match for England, with all fans screaming as loud as they could (Me included!). On the 19th minute, the Lionesses first real attack ended into the back of Naeher’s goal. A great cross into the 6-yard box from Mead ahead all Americans defenders were caught by White, who guided the ball over the line off the inside of the far post. Naeher couldn’t do anything to reach it! GOOOOAAAALLLL! 1-1! 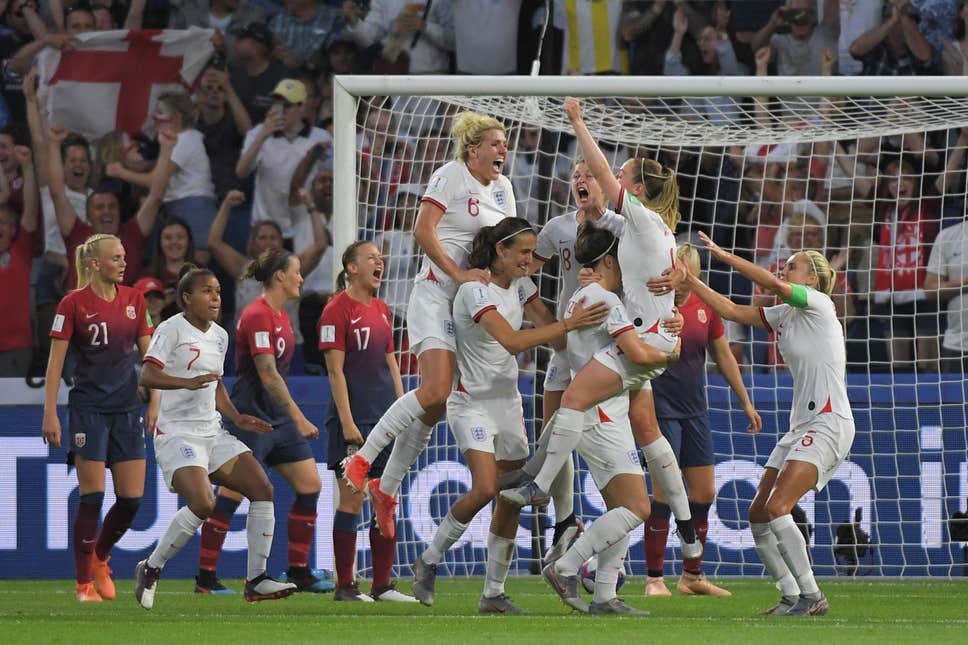 From that point, England was more confident than at the beginning of the game, and the USA was noticing that to the extreme they almost give an away goal in favor of the Lionesses! On the 28th minute, Mead placed another great cross from the left into the USA area, looking again for Manchester City’s White at the far post. Yet, what the cross found was American defender Sauerbunn (We’ll come back to her later on) got a boot to it, but the loop she created almost ended at the back of her own net. Luckily for her, the ball went wide.

But, all that didn’t matter when you talk about Alex Morgan. The other talisman of the American national team appeared in the best moment for her team and saved them for losing control after she scored a powerful header on the 31st minute. Midfielder Lindsey Horan cut back inside and chipped a cross into the middle of the box. Stokes wasn’t quick enough and Morgan appeared to end the cross with a beautiful header past Telford. GOOOOAAAAALLLLL! 1-2! 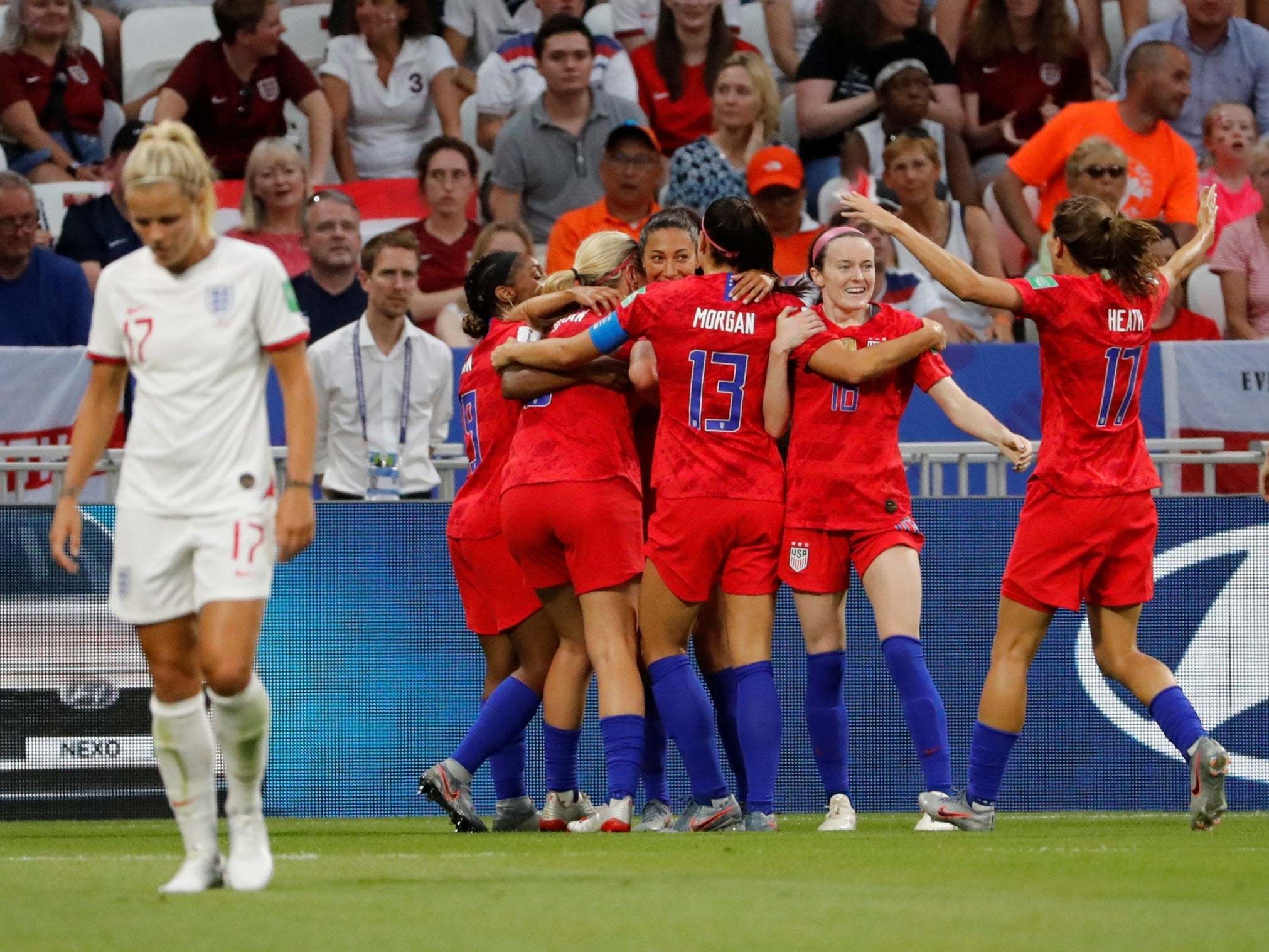 England didn’t care too much about being losing just one minute ago as Walsh, on the 33rd minute, shot a powerful and dangerous ball from outside the box. Sadly, the great hit was stopped superbly by USA’s keeper Naeher, who needed to get across her line quickly to claw the ball away from danger. Before we move to the next half, other good things to mention: England’s Millie Bright “nicely” hit Morgan in the face Mortal Combat X style and got a yellow card for it. Why? HALF TIME!

England began the second half in good form. On the 49th minute, Ellen White came close to score the equalizer, after a very intense free kick for England, which went from Bright to White, but, unfortunately, Naeher found the ball and got it without problems. On the 59th, it was the turn for the USA… But, who cares really!? We only care about England, OK!? JK! 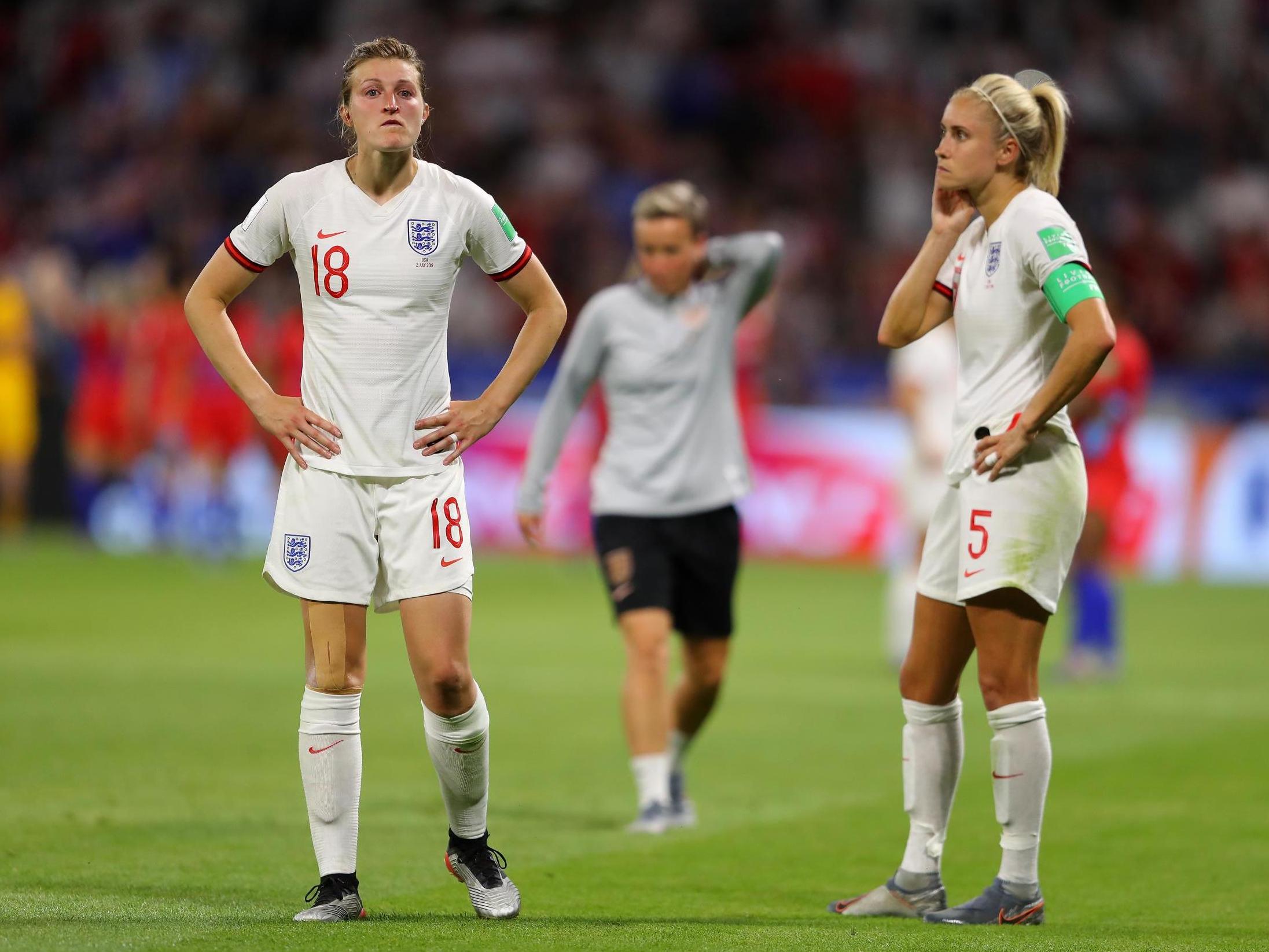 Ellen White scored the 2nd goal, the equalizer, for England, after a wonderful back pass by Jill Scott in between two USA defenders and she finished the ball, slotting it under Naeher and into the back of the net. However, our friend VAR decided to rule out the goal.

But, that wasn’t the end of it: VAR appeared again, this time in favor of England, after a chance from Ellen White, which fell by a touch from Sauerbunn, and that was seen a couple times by the referee was given as a penalty. ALLELUIA! 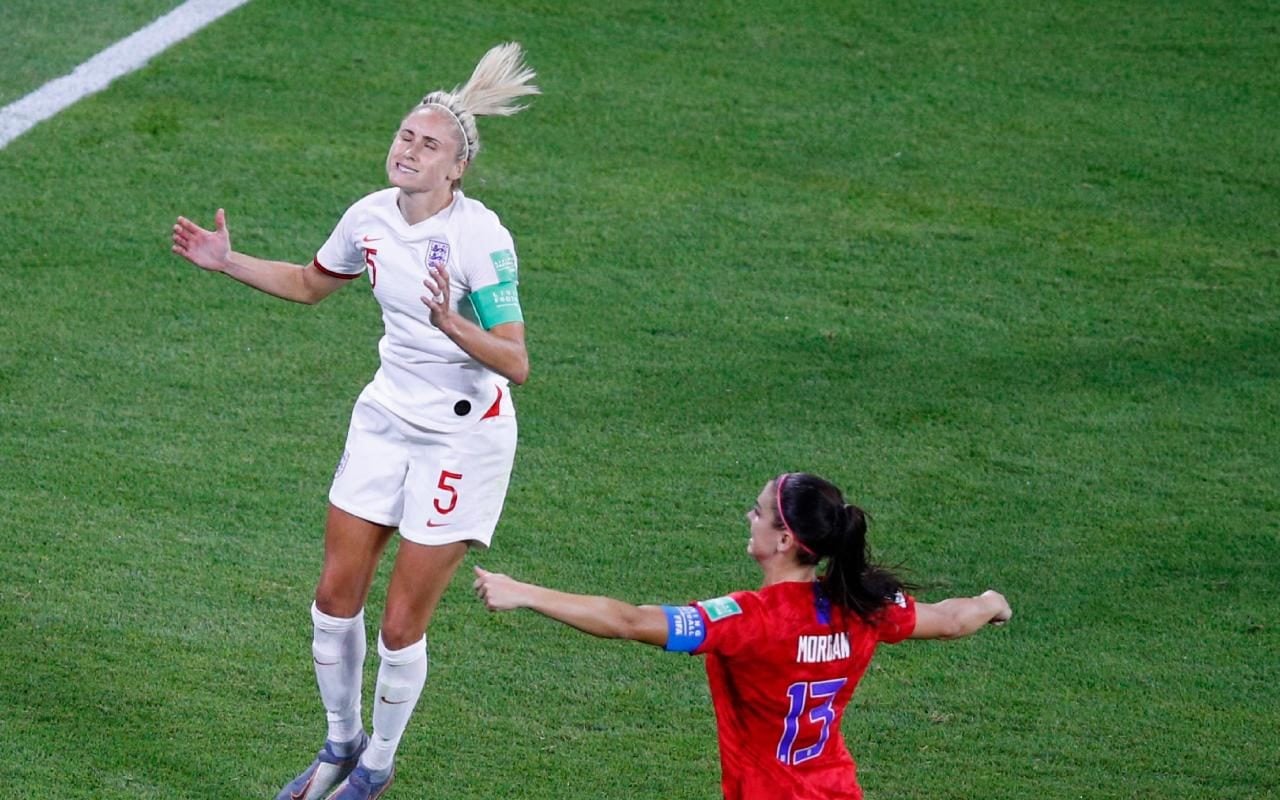 Houghton failed the penalty on the 84th minute after her shot was stopped with comfort by Naeher. God damn it! And if it was worst already for England, Millie “Mortal Combat X” Bright was sent off after challenge very roughly Alex Morgan. England tried everything to force the extra time and, possibly, a football miracle. However, the USA decided to keep the ball in the corner area as long as they could. Not cool! END OF THE MATCH!

With this victory, the USA have won their last 11 matches at the Women’s World Cup, their best winning streak in the tournament’s history. The USA will make it into their 3rd consecutive final, while the Lionesses, sadly, will need to give their best and last effort to win the 3rd place price against whoever loses in tomorrow’s Netherlands-Sweden match. Who’ll win the 2019 Women’s World Cup? (I hope is not the USA, I think a little bit of change is needed, don’t you think?)