Great news! There are only a few days left for the major event of the summer: The 2019 Women’s World Cup. Taking place in France, it could be the big change that women’s football needs to completely change the perspective of the public and show the world what they are really about.

So far, it seems the change is happening. Recently, FIFA has announced, 50 days after the start of the Women’s World Cup in France, that 720,000 tickets have already been sold, including all available for the final, the two semifinals and for the opening match on June 7 between the host team and South Korea.

Through a statement, the governing body of world football noted that the tickets for the first and the last match of the tournament, as well as the two semifinals, sold out in 48 hours. Also “in record time”, more seats were reserved for Holland-Cameroon, Nigeria-France and Sweden-United States of the group stage. 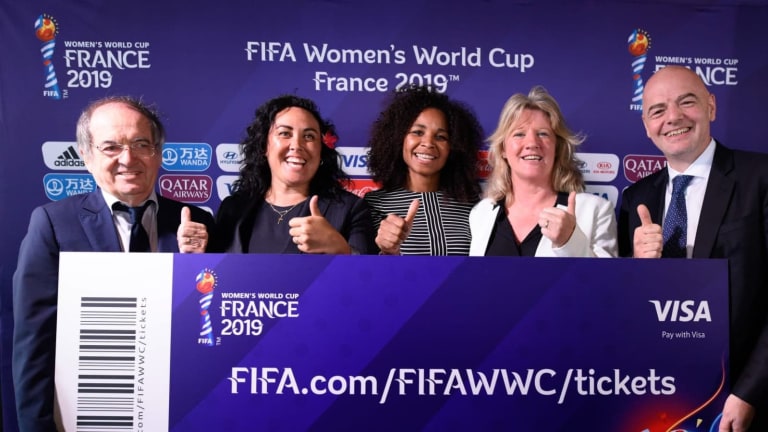 “The sale of tickets shows the excitement with which the fans await the competition. We hope to see the stadiums full of passionate fans, “said the director of the FIFA commercial office, Philippe Le Floc’h.

But that’s not everything that recently happened: The AFA ratified the candidacy to host the Women’s World Cup 2023 and FIFA confirmed Argentina as one of the nine applicants to organize the event in four years.

Together with Argentina, three other South American countries also confirmed their nomination: Brazil, Bolivia, and Colombia. In addition, Australia and New Zealand are also in the race for Oceania, South Korea, and Japan for Asia and South Africa for Africa.

From now on all the federations will have time until next October 4 to present venues, stadiums and all the details that respect the organization. This is a record of nominations since FIFA began organizing Women’s World Cup in 1991. Eight editions have been played and the host countries have been China (1991 and 2007), the United States (1999 and 2003), Sweden (1995), Germany (2011), Canada (2015).

The decision of the AFA to run for the World Cup 2023 goes hand in hand with the launch of the Professional Women’s Football League that will start in July. The objective is to give impetus and that there is a development at a national level so that the Argentine national team can grow over the years.

The World Cup will be held from June 7 to July 7 in France. The nine venues are Grenoble, Le Havre, Lyon, Montpellier, Nice, Paris, Reims, Rennes, and Valenciennes. A World Cup that everyone can enjoy in only 50 days.