Football, nowadays, is still dominated by men, and still as popular as ever. But, as the time has passed, women have started to integrate into the game, growing louder and faster, and making a step into football.

Still a long way, but there are already some incredible women making the gap between the two sexes closer; looking for future equality between both in the world of football.

The new name that has been added to this list is Chelsea Women FC manager Emma Hayes, who’s thinking of making the big step of coaching in the men’s game.

Emma Hayes recently gave an interview to BBC Radio 5 live, explaining the success of Chelsea’s Women FC. But she also gave a surprise, when she said that he was considering managing a men’s team.

The British coach has been at the Blues since 2012 and has been successful since, making the team win the domestic double last season. 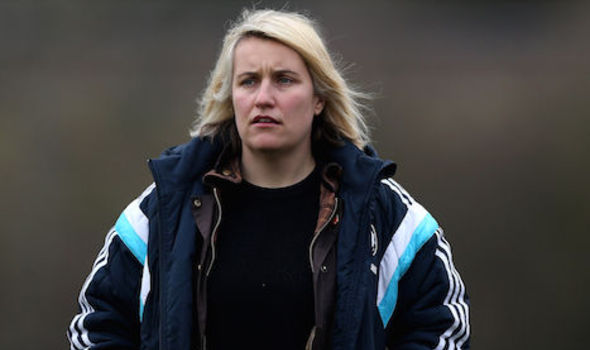 “Whether it’s me or someone else, it’s going to happen one day.”

“If it was the right club it would be potentially easier, but to go into that level of scrutiny and do it at the level I would like to do it at, I would like to be prepared for it.”

“If you are going to jump into the men’s game you have to learn about scouting and recruitment, although it won’t be that difficult,” she continued saying.

It’s important to mention that no woman has never managed an English professional men’s team. It would be a great but risky move to make, as the sport still influenced by men.

It could be the step that finally closes men and women’s football to equality.

We’ll need to wait and find out if Hayes makes the move or if it’s another one who opens the door of football.