It’s been two days already since they obtain the title, however, Chelsea’s players probably still celebrating it!

On Saturday 29th February, The Blues played the FA WSL Cup Final against their London rivals, Arsenal, and after a very intense game, it was the first who took the acclaimed title home (1-2). 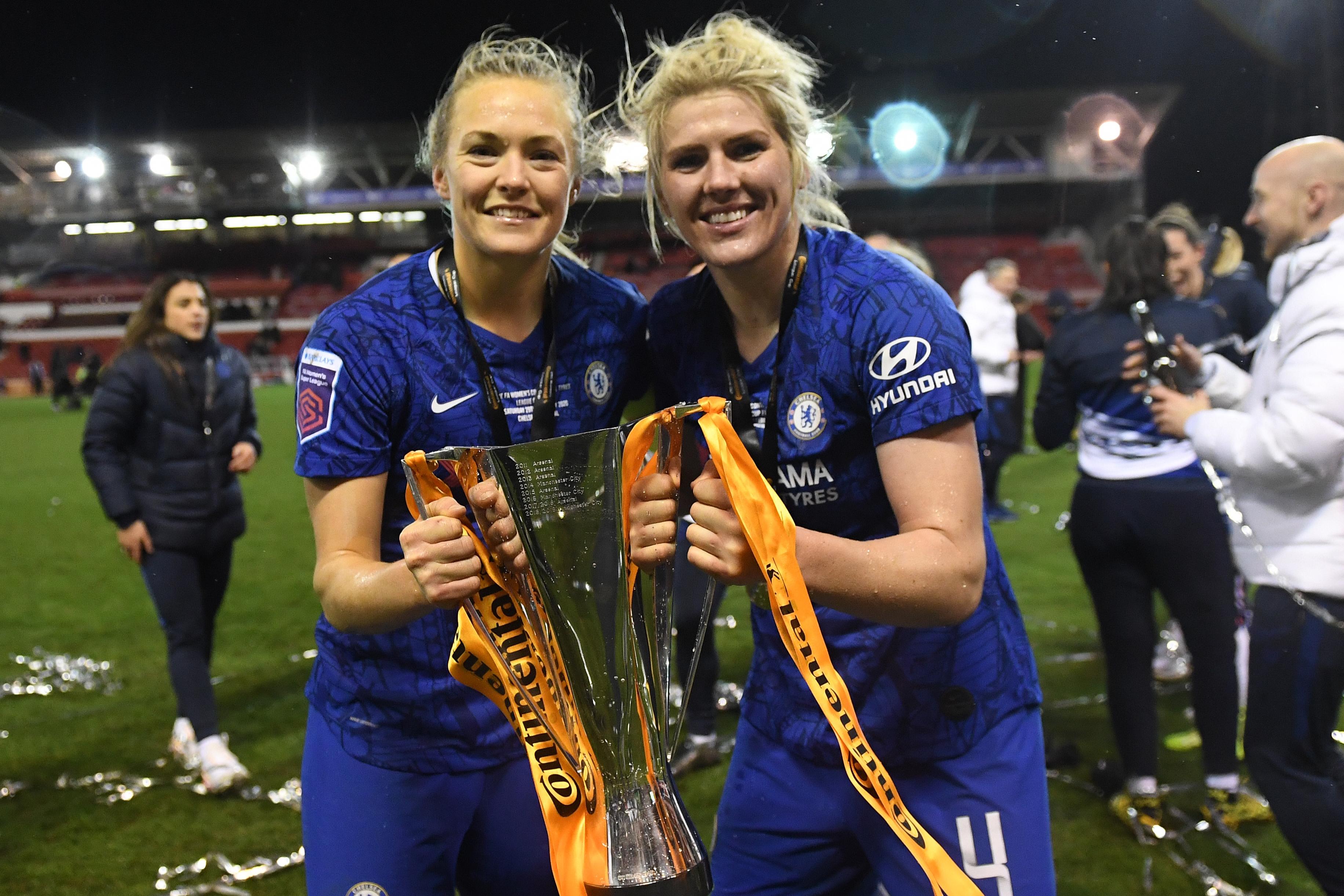 The match wasn’t at the best time for Arsenal, as they came into the match missing a number of players, and were dealt a further blow as Jen Beattie was not available, as Joe Montemurro confirmed post-match that Beattie suffered a concussion last week.

The game started very heatedly, with Hayes’ team going all attack and creating constant pressure on The Gunners’ defense. That’s why just eight minutes in, Arsenal defender Schnaderbeck found herself making a last-minute block to deny an early Beth England chance, but confusion in their defense following a cross meant the ball was allowed to sit in the penalty box, and with Sam Kerr and England converging, it was the latter who put The Blues in front of the score (0-1).

Still, Arsenal’s spirit continued intact and their response was good; indeed, from then on they dominated. While Chelsea always consistently held a threat on the break, it was Arsenal who created the best chances, especially from set-pieces. Leah Williamson had a good shout for a penalty, as she was taken down by Ji following a corner, and then Louise Quinn’s goalbound header was clawed away by Ann-Katrin Berger.

In the second half, it took until the 84th minute, but it was finally from an ensuing corner that Leah Williamson leveled the game, thanks to a sliding finish, which passed completely over Byrne’s goal (1-1).

The match continued close until the last minutes of the game but Beth England appeared once again to be Arsenal’s nightmare. The England international scored an injury-time (92nd) winner as Chelsea beat London rivals Arsenal in dramatic style to lift the Women’s Continental League Cup for the first time (1-2).

She tapped home a fine ball across the face of goal from Maren Mjelde for her second goal of the game to seal victory in front of a competition record crowd of 6,743 in City Ground.

The League Cup triumph means Emma Hayes’ Chelsea, who are 2nd in the Women’s Super League table and just a point from the summit with a game in hand, have a chance of claiming a domestic treble for the 1st time.

On the other side, Arsenal, 3rd in the league, through to the FA Cup quarter-finals and up against Paris Saint-Germain in the last 8 of the Champions League, are still chasing a treble of their own despite missing out on the first piece of silverware up for grabs this term.

Chelsea’s win took their unbeaten run to 28 games, spanning more than 10 months across all domestic and European competitions since being beaten by Lyon in the first leg of their Champions League semi-final last season.

Undoubtedly, 2020 seems it’s Chelsea’s time to shine! Will they be able to claim the treble?