The current Cup champion solved his debut in the new edition with a comfortable victory in the Catalan derby (2-0).

Alexia Putellas, who put the leg in good time with Kheira Hamraoui‘s shot, and Toni Duggan, gave the match to the Blaugrana in the first half. Unfortunately, there was bad news for the Catalans, as Dutch defender Stefanie Van der Gragt had to retire due to an injury.

If the Catalans can do it, their rivals can do it as well. Real Madrid had some struggle but at the end, a solitary goal by Alba Mellado in the 69th minute was enough income for ‘Los Blancos’ to take the match and sealed their path to the quarterfinals.

After the goal, Mati Martínez had the equaliser in his boots, but his distant shot crashed on the crossbar. 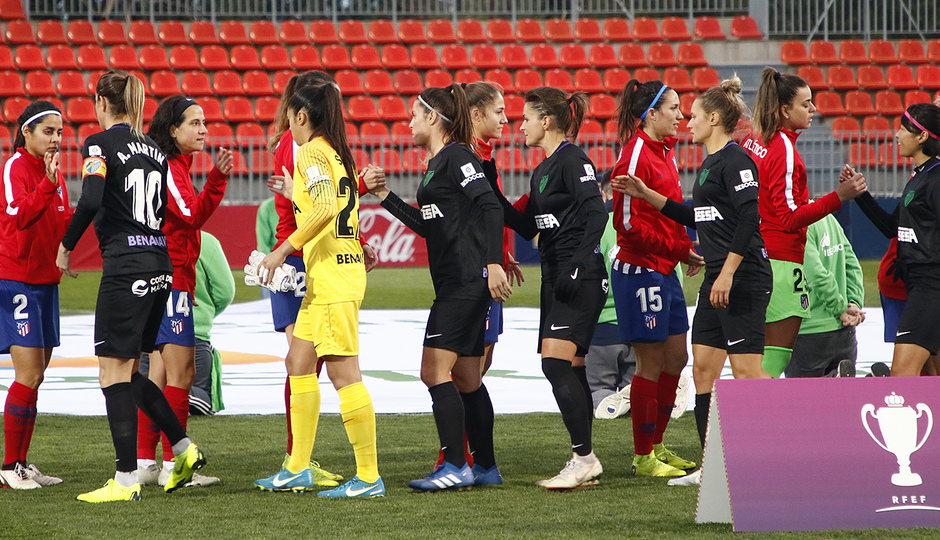 At the same time, the leader of the Iberdrola League solved without hurry his ticket to the quarterfinals with Ludmila da Silva as a great protagonist.

The Brazilian striker scored the four goals of Atletico in just 50 minutes and set up a victory for ‘Los Rojiblancos’ that was only made up by the goals in the second part of Adriana Martin direct lack and Armisa Kuc head in anticipation of the departure of Misa Rodriguez.