Last Sunday, it rained a lot in Spain. But it was also the moment when Barcelona and Atlético de Madrid were preparing to jump on the field of the Mini Estadi. More than 4000 people in the stands came to enjoy the best game that can be seen in Spanish women’s football. 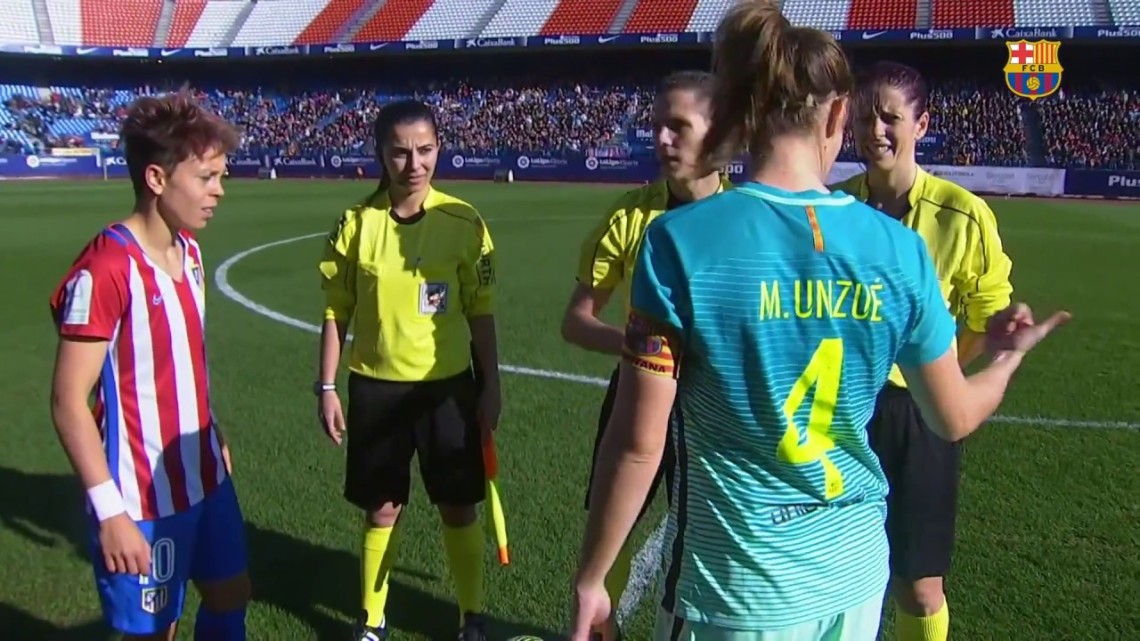 The expectations of the match, called by many ‘El Clásico’ of La Liga Iberdrola, were met by game, emotion and goals. Atletico went ahead with a good strategic play, but FC Barcelona didn’t lose the nerves and quickly responded with a beautiful goal from Aitana Bonmatí. In the end, it was the Catalan side who claimed victory, after English striker Duggan scored in the last minutes of the game, unleashing the madness to place the final 2-1 on the scoring table.

Thanks to that, Barcelona is second place on the table with 23 points, and they finally caught up with Atlético (24 points), who had an unstoppable run.

The match clearly was magnificent and it had all the ingredients to provide a great show to those present, who did not have to pay a single euro to enjoy it. The Catalan club, as usual, did not put a price on the tickets and simply demanded that fans withdraw them through their online platform, in order to obtain an estimate of the final capacity.

Of the 16 teams of the Iberdrola League, 5 do not charge the audience, unless is a specific exception, and the rest don’t exceed € 10 entry.

Why do they do that? Is it a good way of advertisement? Or is it a bad image, giving an implication that women’s football is not worth seeing…

A question that everyone should think about, especially the women football clubs all across Spain and Europe, where football is getting more popular nowadays. Clearly, if FC Barcelona thinks this is a good tactic of getting the audience to see their matches, it isn’t.

It detracts the sport in all senses. But everything is not lost. There’s time to change.

A rise in the price of tickets, at least in Barça and Atlético matches, over the next five years could be the perfect solution. However, both clubs and televisions have to do their part to make the product attractive to the viewer. And a good way to start is by not giving away tickets.

Women’s football is growing, so it’ll take time, but it’ll get there. One day, men’s football won’t overshadow his female counterpart. Just wait and see.